$300 million approved by ADB for hydropower plant near Balakot 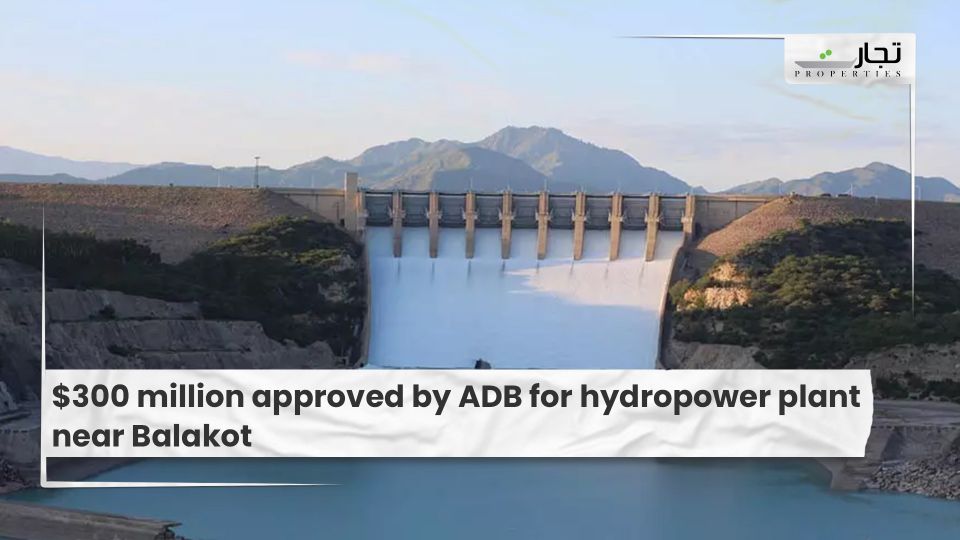 Manila: According to a news report, the Asian Development Bank on Tuesday announced that it will grant Pakistan a $300 million loan to help fund the construction of a 300-megawatt hydropower plant near Balakot.

The factory, which will integrate seismic and climate-proofing measures, will be installed near Balakot City in Khyber Pakhtunkhwa Province and will be operational by 2027.

“The Asian Development Bank (ADB) has approved a $300 million loan to finance the construction of a 300-megawatt hydropower plant that will increase the share of clean energy in Pakistan and improve the country’s energy security,” the bank stated.

According to the lender, Pakistan is extremely vulnerable to climate change, with water supplies and electricity being especially vulnerable to floods, droughts, high temperatures, and other severe weather events. The plant will add 1,143 gigawatt-hours of renewable energy to Pakistan’s energy mix each year, improving the country’s energy sector’s efficiency and sustainability.

The project will also stimulate economic development and help local communities develop their skills. During construction, the project would create over 1,200 jobs, about 40% of which will be sourced locally, as well as provide women with opportunities to improve their livelihood skills.

It is important to note that while Pakistan has abundant hydropower resources, only about 16 percent of its potential has been realized.

During a virtual meeting between Minister for Economic Affairs Makhdoom Khusro Bakhtyar and ADB Central and West Asia Department Director-General Yevgeniy Zhukov earlier on Monday, the bank and Pakistan agreed to broaden cooperation in various sectors.

Both parties addressed and agreed to extend cooperation in areas such as trade and competition, social security, public-private partnerships, the EXIM Bank’s operationalization, and domestic resource mobilization.

Bakhtyar praised ADB’s position as Pakistan’s trusted development partner, especially in terms of portfolio quality and support tailored to the country’s emerging needs, such as ADB’s timely assistance in combating the Covid-19 pandemic.

Despite the challenges raised by the pandemic and the global economic downturn, he said, the country’s main economic indicators are showing promising results, thanks to the government’s strong commitment to structural reforms.