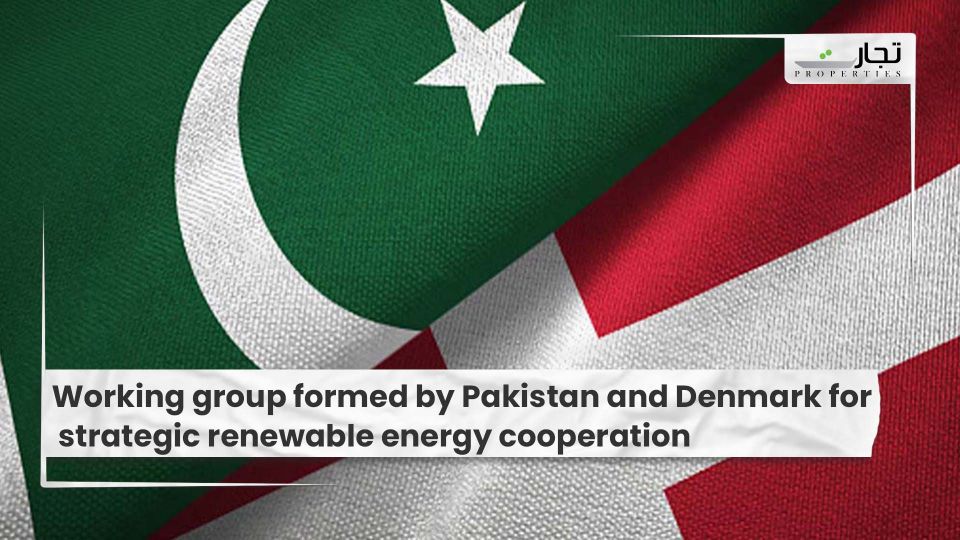 Islamabad: According to the latest news report, Pakistan and Denmark have developed a joint technical working group to establish terms of reference (TORs) for government-to-government (G2G) agreements focusing on the energy audit and demand forecasting, highlighting the importance of strategic energy cooperation between the two countries.

On Monday, Federal Minister for Energy Omar Ayub Khan met with a Danish technical energy team, as well as Lis Rosenholm, the Danish Ambassador to Pakistan. Tabish Gauhar, the Special Assistant to the Prime Minister on Power, and Zafar Ali Bhutta, the Secretary of the Power Division, were also present at the meeting.

During the meeting, both sides discussed the findings and recommendations of the Danish energy team on G2G cooperation in the energy sector between Denmark and Pakistan in light of the recently approved Alternative Energy Policy.

The Danish technical team presented a report on technical assistance to Pakistan in the renewable energy and energy efficiency sectors at the start of the meeting, stressing the importance of strategic energy cooperation between the two countries.

While recognizing Denmark’s leadership position in clean and green energy on a global scale, the minister noted that Pakistan has begun to tap into its vast renewable energy potential. He said that due to the current government’s open policies, Pakistan’s new Renewable Energy Policy will provide opportunities for investors.

He stated that the government had set ambitious goals to incorporate 25% renewable energy by 2025 and 30% by 2030, with a 45 percent share of hydel power generation and a 10% share of nuclear energy in the country’s energy mix.

The minister said at the virtual meeting that the current government has a strong political commitment to expanding energy access, encouraging renewable energy, and enhancing energy efficiency in order to meet the country’s growing energy needs.

The minister also emphasized the importance of working together on projects such as wind turbine and solar panel production, energy waste reduction, and system transmission capability enhancement. He formed a joint technical working group to develop TORs for G2G agreements based on the country’s energy audit and demand forecast.

While praising the government’s commitment to revitalizing the energy sector, the Danish ambassador said that the new strategy is more transparent because it creates a level playing field for everyone. She stated that the G2G agreement will be focused on fair partnership, with the primary goal of establishing a joint energy group for the sharing of expertise at both the policy and operational levels, with the goal of establishing long-term strategic cooperation in the energy sector between the two countries.