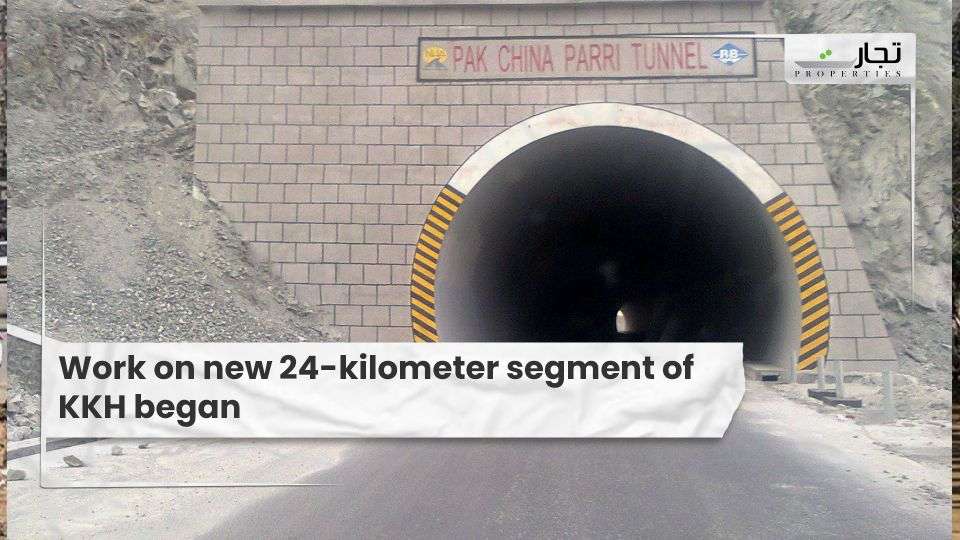 Gilgit-Baltistan: According to news sources, aside from the Dasu Hydro Power Project (DHPP), work on a new section of the 24-kilometer Karakoram Highway (KKH) has begun, including the completion of a 180-meter tunnel.

Ameen Shah, a representative for China Construction Company, told the media that ground leveling for the road has begun on the 24-kilometer-long new KKH stretch and that the 180-meter-long tunnel has also been finished.

The nullah bridges and tunnels would be built on the new section of road, he said, adding that a fresh design had already been given to the consultant for approval.

According to Ameen Shah, the original KKH will sink under the lake water once the DHPP is completed, hence a new section of 24 kilometers is being built as a backup. The project’s initial cost was Rs 12 billion, according to the spokeswoman, but that could rise as time goes on.

He said that the project had created jobs for locals and that the DHPP’s beneficiaries will benefit from a new and modern road facility in the area.

Apart from the road, the company plans to build Masajid, Schools, and Houses for the residents and DHPP beneficiaries, which will alter their lifestyle, according to Ameen Shah. The new portion of KKH, according to the spokeswoman, would also improve commuters’ travel experiences in the Northern districts.