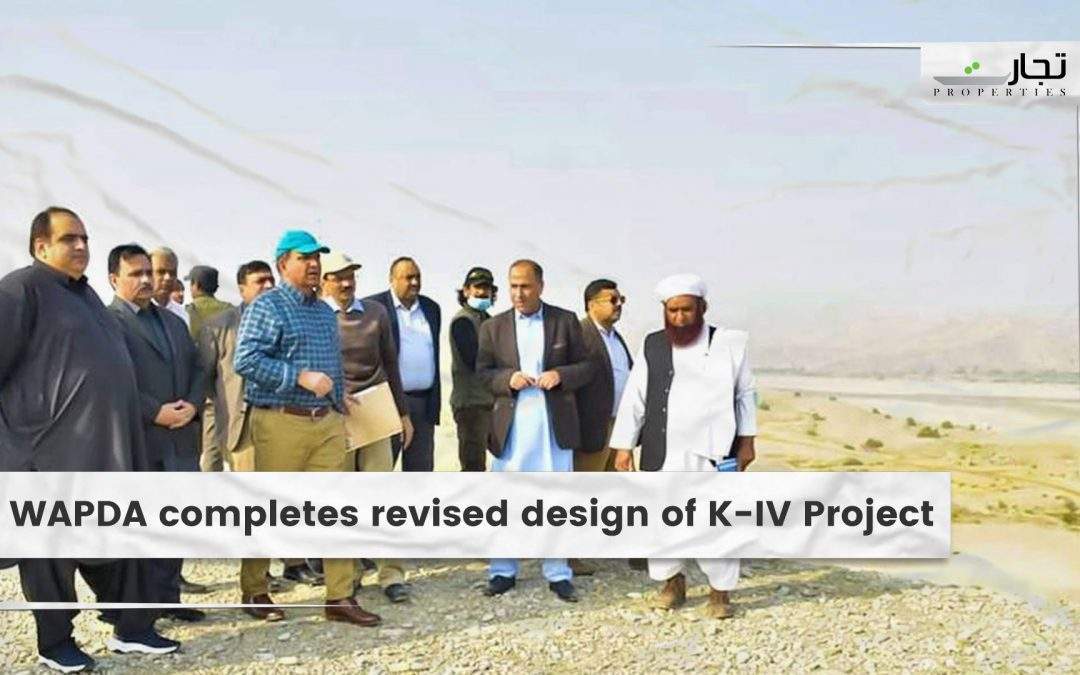 Read More: First phase of Kurram Tangi dam to complete in 2023, according to Chairman WAPDA

On hand were the WAPDA General Manager Projects (South), the K-IV Project Director, and a representative from the Consultants.

WAPDA has finalised the updated design of the K-IV Project in compliance with the timetables, according to the Chairman, who expressed satisfaction with the pace of work. The process of awarding the project’s construction works is also underway.

Read More: Pakistan has only 30-day water carryover capacity, according to WAPDA chief

The construction work on the K-IV Project will begin in 3-4 months after the contract is awarded. According to him, WAPDA plans to finish the project in October 2023 and begin distributing 650 million gallon per day of additional water to Karachi as part of the Prime Minister’s Karachi Package.

The Chairman was briefed by the Project Director on the significant milestones that had been reached thus far, as well as the plan to complete the project according to the timetables.

It’s worth noting that the K-IV Project aims to provide Karachi with 650 million gallons of potable water per day. Previously, the project was being built by the Sindh government; however, as part of the Prime Minister’s Package for Karachi, the Federal Government has taken over the project’s implementation and directed WAPDA to take over the project’s construction.