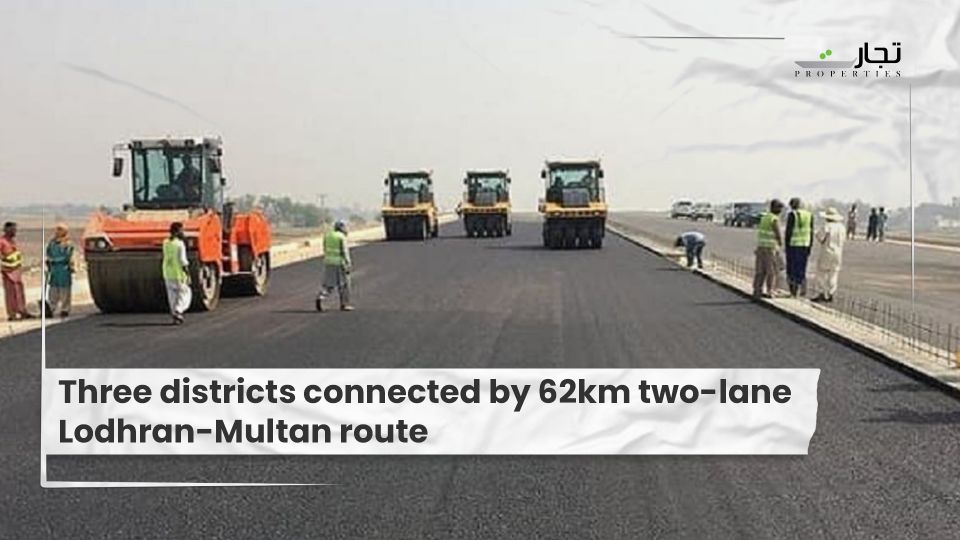 Punjab: According to the sources, the two-lane Lodhran-Multan road, a 62-kilometer north-bound part of N-5 that will connect three districts, including Bahawalpur, was officially opened by Prime Minister Imran Khan on Friday.

Prime Minister Imran Khan spoke at the event, saying that the country’s economic turnaround had put an end to terrible days and signaled the start of a new age of economic growth, wealth creation, and young employment.

Shah Mahmood Qureshi remarked in his speech that the Lodhran-Multan route would benefit three districts and connect two Multan divisions and Bahawalpur divisions. He described the establishment of the South Punjab Secretariat as a “remarkable milestone” that will help strengthen the federation by resolving the political imbalance.

Murad Saeed stated at the time that the PSDP allocation for the Lodhran-Multan motorway had also been made. In addition, the construction of the Sukkur-Hyderabad Motorway will begin in three months. He said that during the PTI government’s two-and-a-half years in office, NHA‘s revenue climbed by 105 percent. He stated that work on the Sialkot-Kharian Motorway would begin in 10 days and the Kharian-Rawalpindi stretch will begin in three months.