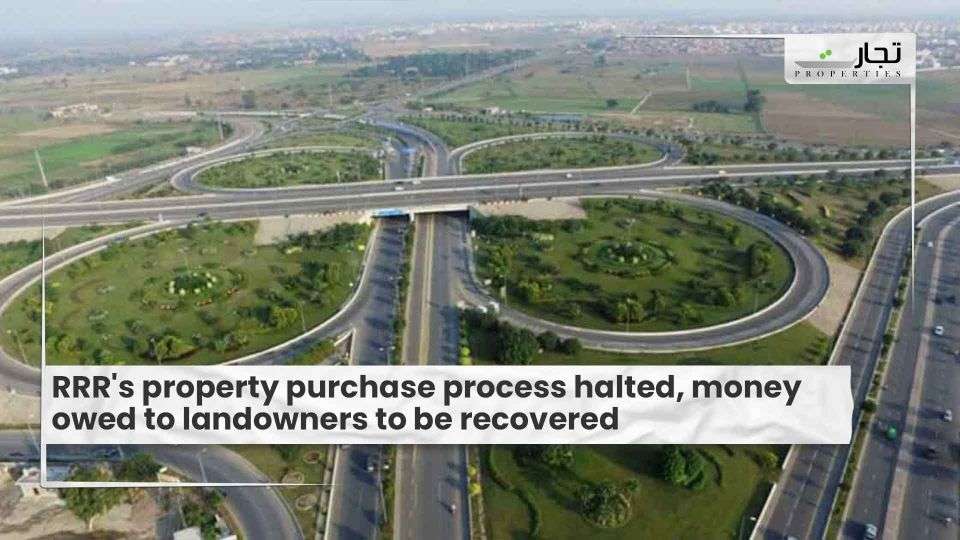 Islamabad: According to news reports, Rawalpindi Commissioner Gulzar Hussain Shah has terminated the land purchase process along the abandoned Rawalpindi Ring Road (RRR) route and ordered the tax authorities to retrieve the PKR 2.3 billion given to landowners.

The land acquisition procedure is being annulled along the illegally advertised alignment of the massive road infrastructure project in the districts of Rawalpindi and Attock, according to the commissioner’s order. It was also stated that a special audit report conducted by the Punjab directorate, as well as compensation payment records maintained by the relevant offices, including the offices of land acquisition collectors (LAC) of Rawalpindi and Attock, should be considered in determining the recoverable amount. The commissioner further ordered that the recovered funds be deposited in the appropriate account subject.

The commissioner has the right to rescind any land purchase process if possession has not been taken, according to Section 48 of the Land Acquisition Act (LAA), 1894. The collector will determine the amount of compensation for the losses suffered by the owner as a result of the notification and will pay the interested person an amount plus any costs incurred while carrying out the proceedings under the LAA.

According to the Punjab chief minister’s approved fact-finding inquiry report, all land acquisition proceedings are to be declared unconstitutional, including the Section 4 process and awards on the fraudulently advertised RRR alignment and proceedings for design amendments.

The judgment further said that the Directorate General of Audit Works’ special audit report revealed a violation of the Public Procurement Regulatory Authority PPRA norms and contractual duties. As a result, unauthorized alignment was included in the feasibility study and the design of the RRR project, as well as illicit payments. The report also referenced land possession; however, the deputy commissioners of Rawalpindi and Attock stated that the Rawalpindi Development Authority (RDA) did not own any land.