Road blocked over land dispute by residents of Batkhela 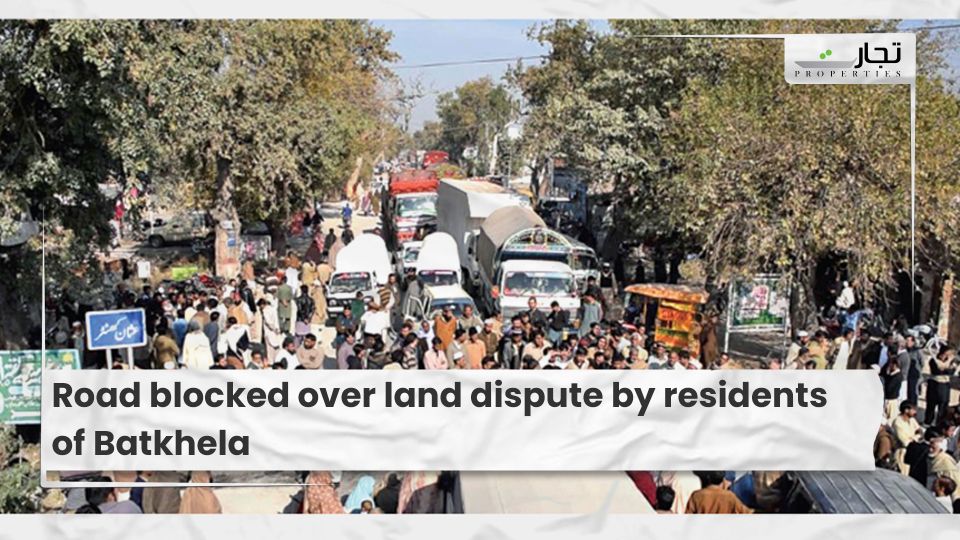 Batkhela: According to a recent news report, the residents of Totakan continued blocking the Bosaq-Bajaur Road for the second day on Monday to urge the district administration of Malakand and Bajaur to resolve the land dispute and the boundary issue between the two districts.

Residents protested by blocking vehicular traffic on the Bosaq-Bajaur road with ballast stones and blocks. The elders claimed that if any untoward incident occurred, officials from both districts would be kept accountable. Arshad Khan, Ijaz Ali Khan, Sajjad Ahmad, and Assistant Commissioner Sohail Khan of the jirga later met with the protesting elders, but they declined to reopen the traffic road. They requested that the representatives of the jirga and the administration first settle the land dispute before the road could be opened.

Meanwhile, two committees were constituted one each from Bajaur and Malakand for settling the land and boundary disputes between the two districts.

The representatives have started working on resolving the land dispute between the districts of Bajaur and Malakand. It should be noted that in March of last year, the people of Malakand and Bajaur clashed over the disputed territory. During the battle, Totakan’s Rahmat Saeed sustained injuries. The land on a hilltop in the Bosaq region is claimed by the people of Totakan in Malakand and Sharbatai in Bajaur. The case is currently pending in the commissioner’s court.