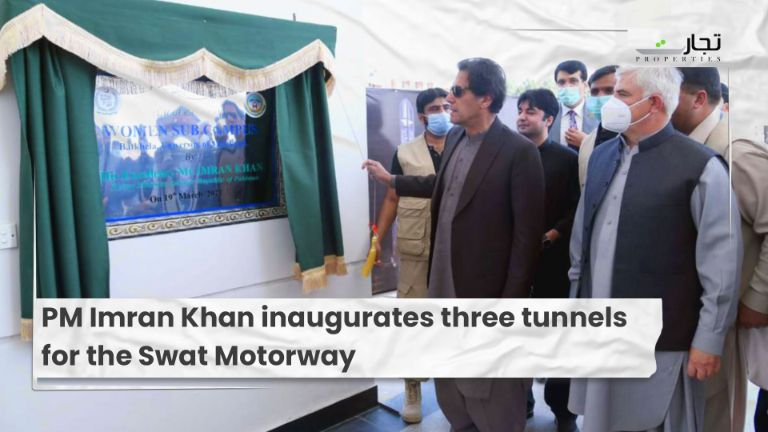 Swat: According to the recent news, Prime Minister Imran Khan visited the Swat Motorway on Friday and inaugurated three tunnels that will reduce the traveling time. To mark the inauguration, he unveiled the plaque on the occasion and inspected the completed tunnels.

The Prime Minister was received by Khyber Pakhtunkhwa Chief Minister Mahmood Khan and Director- General of frontier Works Organization Major- General Kamal Azfar on his arrival at Zalam Kot, Malakand. The FWO DG said while briefing the Prime Minister, that the Swat Motorway i.e. 80 Km long had seven interchanges and three tunnels with a length of 1266, 271, and 324 meters. A 3-D model of the Swat Motorway was presented to the prime minister.

The prime minister said, to generate economic and financial resources, the government was focusing on mega-development projects. He added, in addition to two mega-projects of Bhasha and Mohmand dams, to increase revenue and promote economic activities, Ravi City was also being constructed in Lahore.