Record budget of Rs 156 billion for CDA gets approval 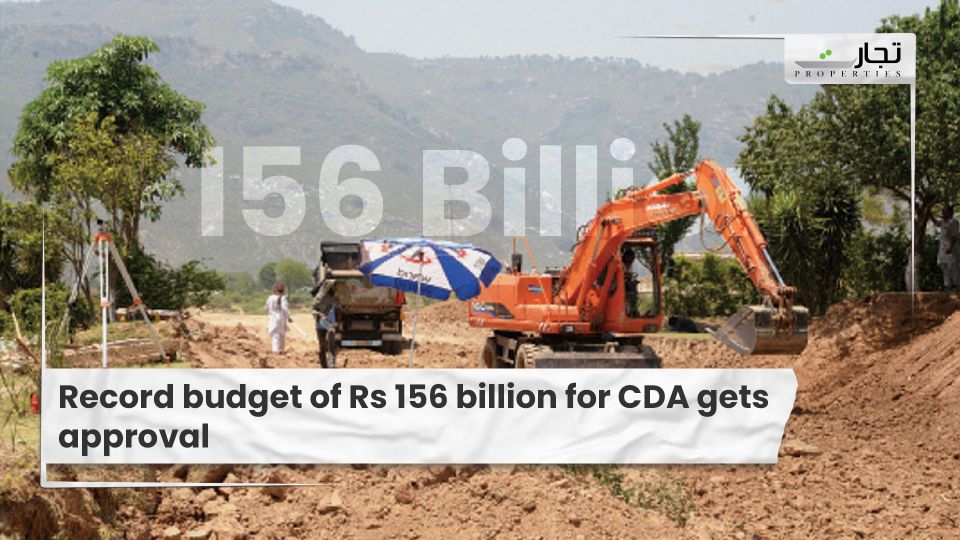 Islamabad: As per the latest news, the Capital Development Authority (CDA) got the approval of a record budget of Rs156 billion for its non-development and development expenditure for the fiscal year 2021-22 on Wednesday.

The CDA board of directors accepted the budget presented by Member Finance Shakeel Jazeb at a meeting held at the CDA headquarters with chairman Amer Ali Ahmed in the chair.

According to the budgetary documents, no major initiatives are planned for the coming fiscal year; instead, the focus will be on ongoing projects.

According to CDA officials, Rs40 billion has been set aside for various development projects, including Rs2 billion for low-income housing in Farash Town, Rs60 million for the Rawal Chowk Signal Free Corridor, Rs10 million for Margalla Avenue other than I.J. Principal Road, PWD Underpass, 7th Avenue, 10th Avenue, a new slaughterhouse, and a ladies club.

A further Rs5 billion has been set aside for city beautification and repair projects, including water supply, street lighting, sanitation, and park projects, in addition to the previously mentioned amount.

According to CDA authorities, the expected expenditure for the coming fiscal year is Rs82 billion, with income collections of Rs156 billion and a surplus of Rs73 billion.

However, a significant portion of the money, Rs58 billion, is reported as receivable from several organizations, and its recovery is unclear. For the previous two years, the CDA budget did not include such a revenue stream.

Despite the aforementioned uncertain recovery, the CDA’s budget remains historical, as the previous year’s budget was Rs49 billion and the current year’s budget is Rs156 billion.