CDA fails to announce BuP award of its acquired sectors 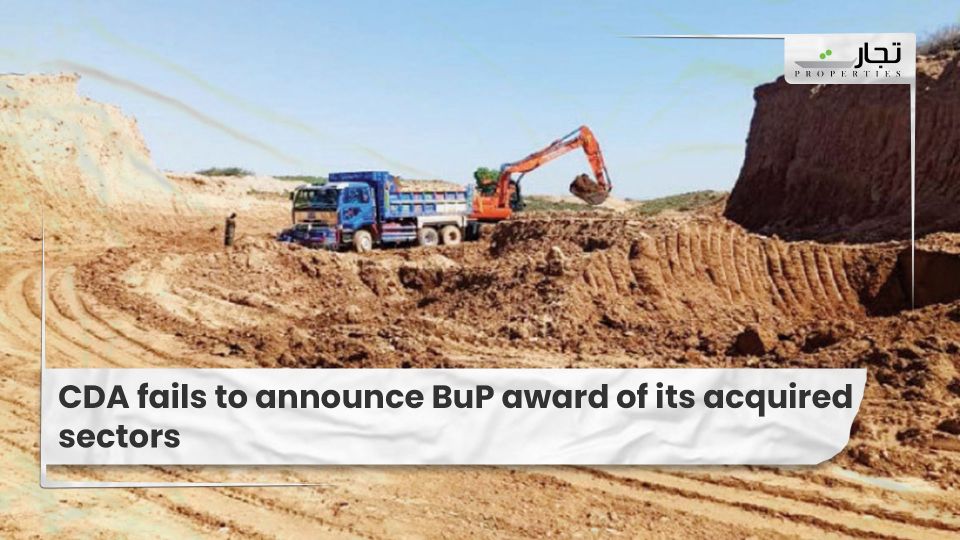 Islamabad: As per the latest news, the Capital Development Authority (CDA) has yet to announce the built-up property (BuP) awards for the seven sectors it has bought.

The civic agency announced land awards in 2008 to acquire these seven sectors, but despite the passage of 12 years, the municipal agency has yet to declare a BuP award to assume complete ownership of sectors.

Officials from the CDA told Dawn that both awards should have been given out on the same day, and that it’s odd that the CDA publicized the land award while the BuP award is still pending.

They said that the government’s carelessness gave locals in the area the opportunity to extend their homes.

The CDA is required by CDA rules to provide a five-marla plot in any of its sectors in exchange for a house with a covered area of roughly 300 square yards acquired under the BuP award.

BuP awards for sectors F-13, D-13, C-13, H-16, C-16, I-17, and H-16 have been delayed since 2008, according to CDA sources. While the CDA declared BuP awards in two sectors, C-14 and C-15, a few years ago, the municipal body has yet to implement these awards, and residents continue to live there because the CDA has not assigned them alternate plots as per award lists.

Read more: Margalla Road to survey by the FWO & CDA

The authority began partial development work in sector C-15 a few years ago, and contractors frequently confront opposition from locals, who argue that their BuP compensation should be paid first, as per the BuP award issued several years ago.

“The BuP award is a liability and delay in resolving this issue could put the civic agency in hot waters in the future as there are reports that the locals have carried out new construction after 2008 when the land award was announced,” stated an officer of CDA.