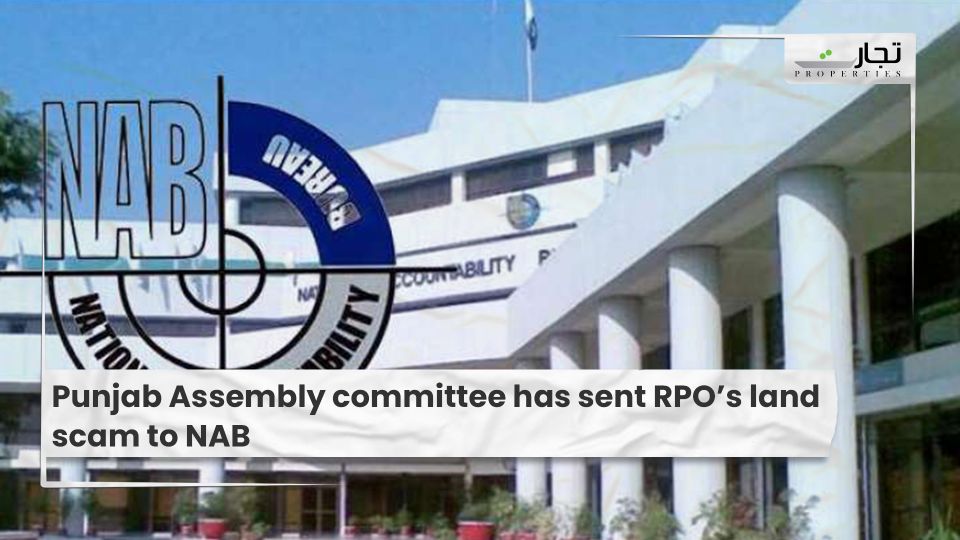 Lahore: According to a recent news report, a panel of the Punjab Assembly has recommended sending a case of the former Gujranwala regional police officer (RPO) to the National Accountability Bureau (NAB) on the basis that he was involved in a police housing scheme scan.

A special committee chaired by Law Minister Raja Basharat reviewed the affairs of a police housing society initiated by former RPO Tariq Abbas Qureshi here on Tuesday and discovered financial irregularities worth tens of millions of rupees as well as power abuse.

Mr. Qureshi was heard, who was unable to provide adequate answers to questions about the housing scheme. It was suggested that the case be referred to the (NAB) for further investigation and prosecution.

Read More: 23 road construction schemes have been approved by the PDWP

The committee had requested a soil investigation report from the Pakistan Council of Architecture and Town Planners, as well as information on the housing scheme’s registration status.

It was looking for information on the developer’s personal properties, as well as energy, streetlight plans, solid waste management plans, plot mortgages, and bank guarantees for the housing scheme. Mr. Qureshi was unable to send the details.