Plantation is in progress on infertile, uncultivated land in Rawalpindi 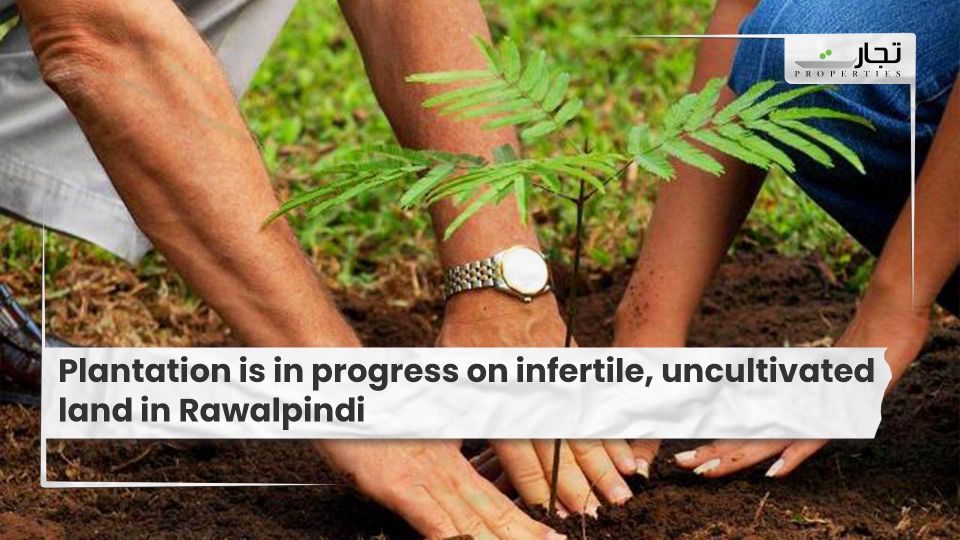 Rawalpindi: According to press reports, the Punjab Forest Department (Extension) Rawalpindi Division has begun planting trees on barren and uncultivated land as part of the Ten Billion Tree Tsunami Program.

Read more: Construction on Rawalpindi dams to be completed by 2023: Ghulam Sarwar

Sher Afzal Raja, the District Range Forest Officer of the Punjab Forest Department Rawalpindi (Extension), stated in a ceremony on Wednesday that the 5,000 kanal area in Chakwal District has been transformed into a dense forest.

The district office range forest Chakwal, according to Sher Afzal Raja, would provide 0.4 million trees to the agricultural community. In addition, he suggested that farmers use afforestation to plant trees in their desolate areas. According to him, the forest agency will sell trees for PKR 2 for each sapling. He also announced that department-owned land will be converted to woods, with efforts made to protect the existing forest.