Construction on Rawalpindi dams to be completed by 2023: Ghulam Sarwar 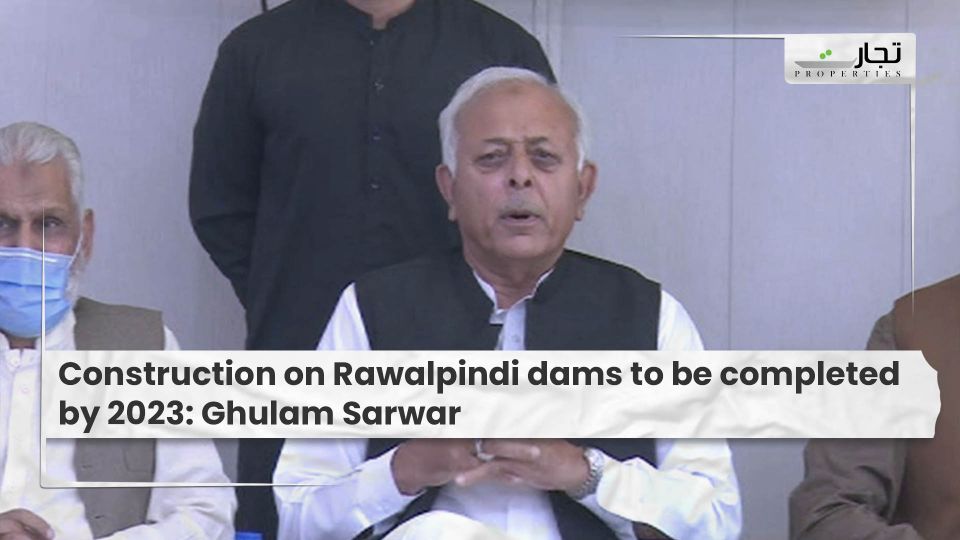 Rawalpindi: As per the latest news, the Minister for Aviation Ghulam Sarwar Khan stated on Sunday that five dams being built in Rawalpindi to address the issue of water shortages would be completed by 2023.

The minister told that work on the Daducha Dam, Papin Dam, Mahutta Mohra Dam, Mujahid Dam, and Chahan Dam is well underway, adding that the Punjab government has budgeted for the projects’ completion in the 2021-22 ADP. According to Sarwar, after the work is completed, the dams would irrigate roughly 30,000 acres of agricultural area, resulting in an increase in crops.

Read more: In Rawalpindi, a survey of properties near highways to be reassessed

According to the minister, the Chahan dam is complete and will offer water to 42 Union Councils in the district, including Kotha Kalan, Lakhan, Hak Jalal u Din, Dhamial, Mohri, and others. He stated that construction on the ring road project would begin soon.