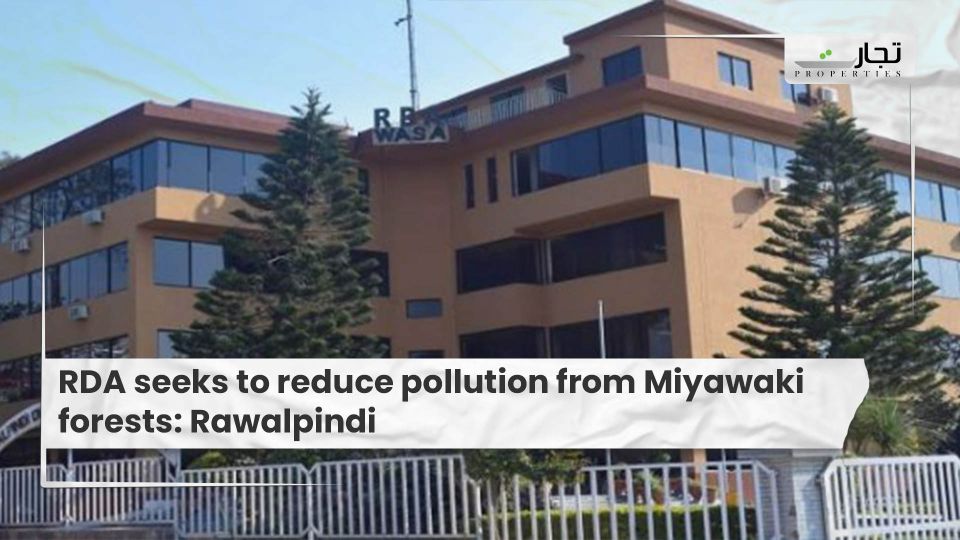 Rawalpindi: To battle climate change and the growing pollution problem in the city, the Rawalpindi Development Authority (RDA) has decided to plant Miyawaki woods around Miyawaki, newspaper reports. Earlier in Rialto Park, an experimental operation to control growing pollution was undertaken.

Rawalpindi’s Commissioner, Gulzar Hussain Shah, together with RDA chairman Tariq Mahmood Murtaza, visited the Rialto Park Miyawaki Forest and expressed appreciation of his efforts to counteract the impacts of hot air islands in summer. In reaction to this, Chairman Murtaza thanked the commissioner and offered his support for the project. In addition, the president expressed his will to priorities the completion of the plantation project.

The RDA Chairman also announced a step-by-step approach to the initiative to other sections of the city. In August 2020, last year, in the Riyalto Park, on Murree Road, RDA established the first 6,000-plant Miyawaki district forest.

Lahore: According to a news source, the Excise and Taxation (E&T) department has written a summary to the Punjab government suggesting a 5% tax hike on owners of unoccupied properties larger than 5 marlas in size. The tax rate will be 5% of the government-notified rate for the property.

Read More: In Rawalpindi, a survey of properties near highways to be reassessed

According to sources, the installation of a tax on unoccupied plots at the government-notified rate will raise the due tax amount on owners by PKR 2,000 to PKR 20,000. Tax collection using this criterion will commence in the fiscal year 2021-22, according to the recommendation. This would allow the government to earn an additional PKR 2 billion in revenue.

In addition, the Punjab government has set a goal of increasing the number of registered unoccupied plots from 150,000 to 500,000 soon. Directives have been adopted in this regard to obtain data from the owners of private housing developments.

The provincial government presently earns PKR 100 million in taxes from the owners of 35,000 unoccupied plots in Lahore, according to a news article. The authorities have now decided to expand the number of people on the list to 70,000.