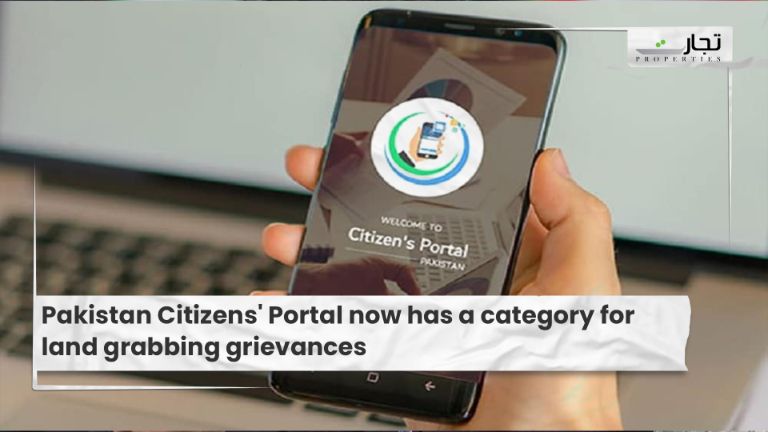 Islamabad: According to a news story published on April 7, Prime Minister Imran Khan has announced the addition of an exclusive category for land-grabbing complaints on the Pakistan Citizens’ Portal (PCP) – which is being run under his direct control to receive and seek complaints on land grabbing.

According to reports, the Prime Minister said that the federal government was committed to reducing land grabbing in the country while also enhancing overall public service delivery. This new category would make it easier for the public to file complaints about land grabbing and to report state land that has been unlawfully occupied. It was stressed that complaints from Pakistanis living abroad would be investigated as soon as possible.

Furthermore, the prime minister has requested that specific legal action be taken following the law at different administrative levels on both the provincial and federal levels. This creation would also reveal the issue’s murky administrative areas. The government will be able to get analytics for policy formulation, evaluate the effectiveness, and efficiency of officials, and keep them accountable in the event of negligence, thanks to the results obtained by this category.

PM Khan has released orders to ensure that land grabbing cases are thoroughly investigated. The status of grievances filed in this group will be discussed at special quarterly progress review meetings. In private matters, however, the prime minister stated that all parties should be heard to thoroughly investigate the allegations. Furthermore, as per the terms of the PCP manual, problems concerning court proceedings will not be entertained at the portal.