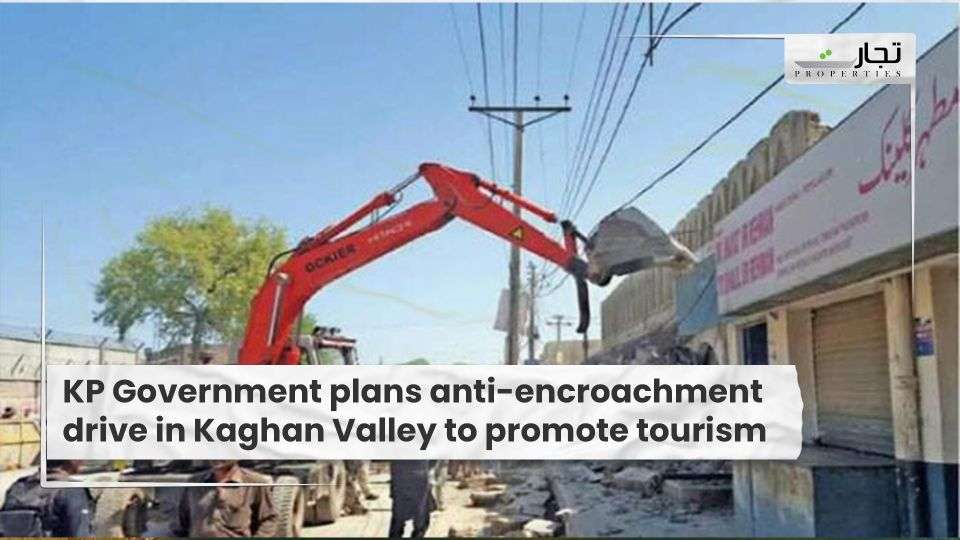 Mansehra: According to news reports, the government of Khyber Pakhtunkhwa (KP) has planned to undertake an anti-encroachment campaign in the Kaghan Valley in the coming days in order to attract national and international tourists.

The anti-encroachment drive has been planned from Kaghan to Naran, according to Deputy Commissioner Dr. Qasim Ali Khan. On the Mansehra-Naran-Jalkhad corridor, all structures will be removed. The National Highway Authority (NHA), tehsil and district administrations, police, and the WAPDA would all be involved in the anti-encroachment effort, according to the deputy commissioner.

He further added that the construction of the route from New Balakot to Kaghan Valley will cost PKR 850 million. Cabins, hotels, and other commercial and non-commercial constructions from Saiful Muluk Lake will be dismantled, according to Deputy Commissioner Dr. Qasim Ali Khan, in order to maintain the lake’s ecosystem.

In another development, Hazara Commissioner Riaz Khan Mehsud instructed the Kaghan Development Authority (KDA) to make the Kaghan and Naran valleys more appealing to tourists during a review meeting. The commissioner gave the authorities strict instructions to execute the projects on time.

The Batakundi Lalazar chairlift and a 7-kilometer pony track were among the projects considered at the meeting. The deputy commissioner of Mansehra has also been directed to keep an eye on the area’s short- and long-term activities by the commissioner.

Read more: In KP, work on establishment of 63 new institutions is underway

The KDA Director-General also reported on the status of operations, including the elimination of encroachment and illegal construction along N15 and the riverbed, initiatives taken to prevent pollution by restaurants and hotels near the Kunhar River, and the safeguarding of National Parks.

Aside from that, the director-general discussed traffic and parking management, as well as the Karakoram Highway and N-15 road renovations.