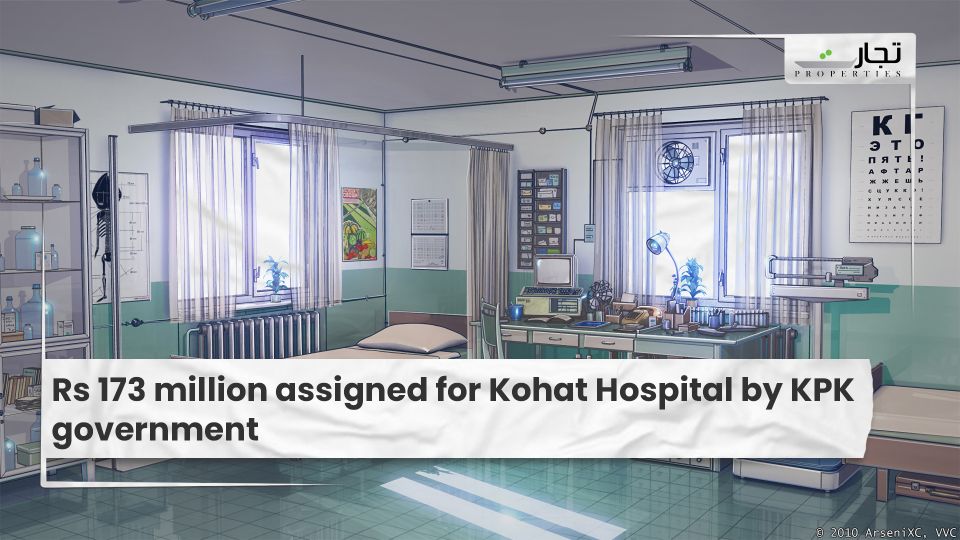 Kohat: According to the latest news, the government of Khyber Pakhtunkhwa has approved Rs173 million for the provision of machinery to the KDA Teaching Hospital, as well as Rs103 million to resume work on the Liaquat Memorial Hospital’s (LMH) new building, which had been stalled.

The LMH, an Rs1.3 billion project, has secured just Rs30 million in funding since 2018, causing the contractor to abandon the project halfway through. However, the government has now approved a budget of Rs103 million for the project.

MPA Ziaullah Bangash told reporters on Monday that the C&W executive engineer had been asked to speed up work on the LMH building.

Mr. Bangash stated that the government’s top priority was health and that all efforts would be made to approve Rs500 million for the LHM in June 2022 so that it could be completed.

He explained that the four-year delay in the building of the women’s university was due to the project’s selection of a suitable location.

He stated that classes at the Ustarzai girls college will begin in June.