In KP, work on establishment of 63 new institutions is underway 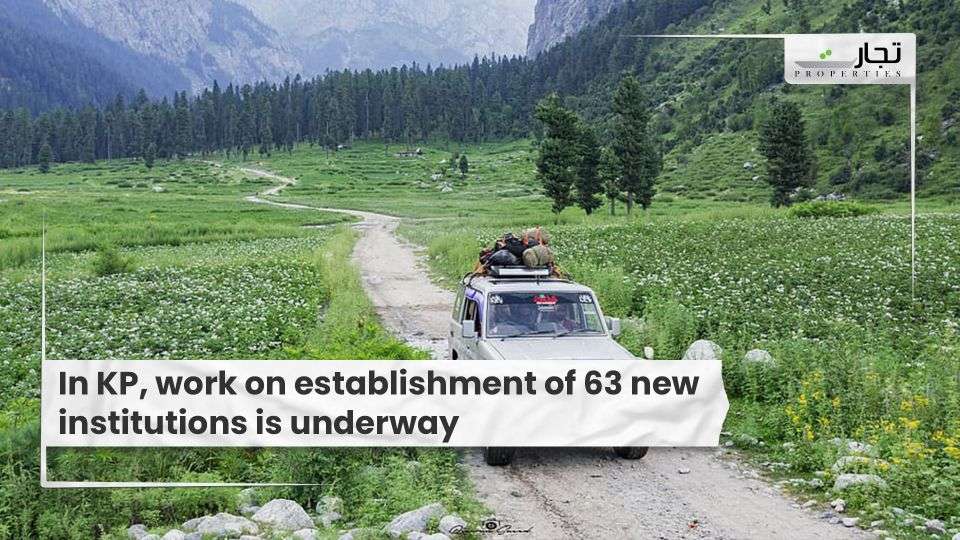 Peshawer: According to news sources, work on the creation of 63 new colleges in Khyber Pakhtunkhwa, including the recently combined districts, is currently underway to offer students with higher education facilities at their doorstep by putting the higher education sector on firm footings.

Out of the total number of colleges under construction, 32 were for girls and 31 were for males, with work on lacking facilities in 326 colleges also underway.

This was revealed at a meeting held here on Friday to examine progress on the building of new institutions across the province, which was chaired by Khyber Pakhtunkhwa Chief Minister Mahmood Khan. Special Assistant to the CM on Higher Education Kamran Bangash and Secretary of Higher Education Muhammad Daud were among those who attended the meeting.

The establishment of 15 new colleges has been completed, and classes will be formally begun in those colleges at the start of the next academic session, according to the conference. Similarly, work on 25 other colleges was nearing completion and will be finished in the coming fiscal year.

He also directed the concerned authority to ensure physical progress on all college projects within the given timelines, as well as to conduct a study for the next five years’ requirements of new colleges in the province, so that realistic planning could be made in this regard while keeping the province’s future needs in mind. He also asked the concerned quarters to include a developmental scheme in the new Annual Development Program to offer transportation for students attending colleges around the province. Similarly, he asked the appropriate authorities to include an ADP project in the 2019 budget to convert a University campus in Lower Dir into a fully functional University.