Govt expects to make $1 billion via auction of NGMS spectrum 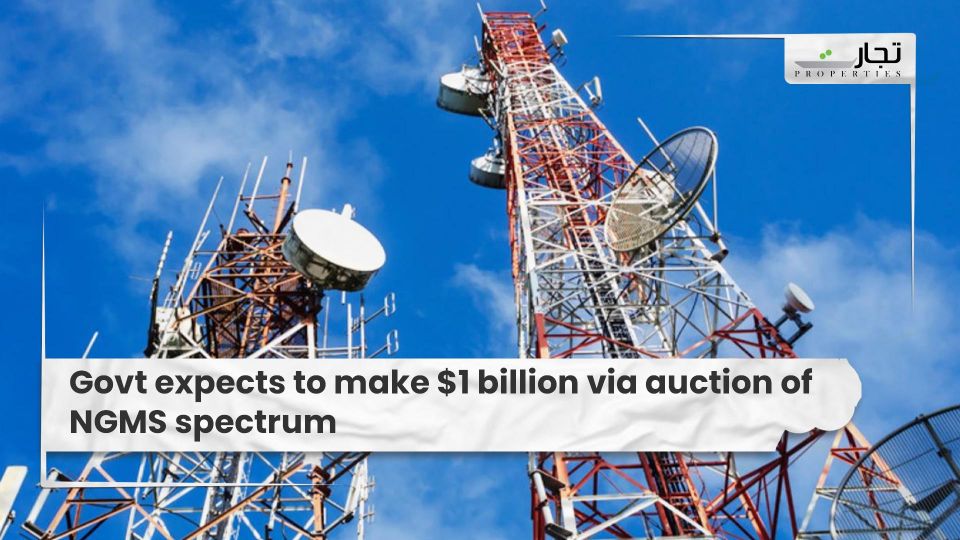 Islamabad: According to various sources, in the next auction for Next Generation Mobile Services (NGMS) Spectrum, the government hopes to make more than $1 billion by selling carriers minimum spectrum.

Because the auctioned spectrum has a 15-year term, the government has opted to extend it to GB and AJK in response to public demand, particularly from students who have been vocal about the absence of internet access in those areas.

Read More: Mansehra rehab institute to be converted into university

The Advisory Committee for the Release of NGMS Spectrum has approved the auction of 27.8 megahertz (MHz).

Sources in Pakistan’s Ministry of Information Technology and Telecom (MoITT) indicated that the system could handle up to 44MHz of bandwidth.

The draft policy guidelines for the release of NGMS Spectrum in Pakistan, Azad Jammu & Kashmir, and Gilgit-Baltistan were agreed at a meeting of the committee chaired by Finance Minister Shaukat Tarin, which will allow improved voice and 3G/4G internet services.

The MoITT will submit the proposal to the federal cabinet for approval, after which the Pakistan Telecommunication Authority (PTA) will begin the auction procedure.

Read More: Internet and phone service are available in K2 base camp

If the four communications companies do not compete for the spectrum, the base price is around $832 million. Industry players, on the other hand, have criticized the policy.

The government was auctioning 5MHz spectrum blocks for cell operators under the current strategy.

PTA will issue an Information Memorandum (IM) detailing the auction’s comprehensive procedure, including eligibility criteria and measures for participating in the auction process if the policy is authorized by the federal cabinet.

The administration intends to complete the auction procedure by June 30 of this year.

The payment can be done in full upfront or five equal installments over five years, with a cumulative mark-up rate of one year LIBOR+3 percent. The frequency assignment is for 15 years.