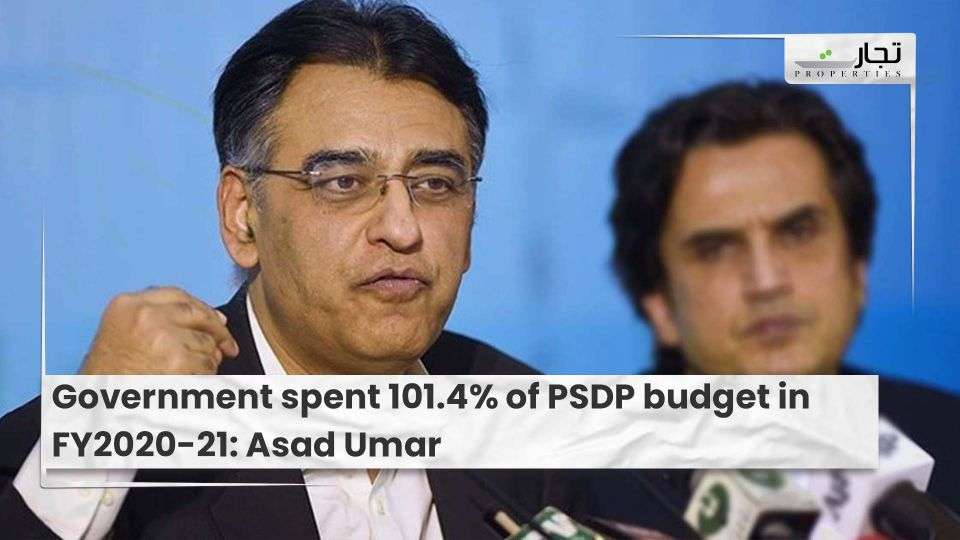 Islamabad: According to news reports, Minister of Planning and Development Asad Umar tweeted on Tuesday (July 27) that yearly expenditure under the Public Sector Development Programme (PSDP) for fiscal year 2020-21 exceeded the annual objective, with 101.4 percent of the total allotted budget spent.

In comparison to the allotted sum of PKR 650 billion, a total of PKR 659 billion has been spent on development projects around the country. Minister Umar announced the news on Twitter, saying that the expenditure is the biggest since fiscal year 2011-12, and that the ‘exceptionally high development investment’ is linked to Prime Minister Imran Khan’s determination to boost national economic growth.

According to reports, PSDP expenditure remained low (approximately PKR 373.8 billion (57.5%) during the first ten months of FY 2020-21) and only grew in the final two months of the financial year.