Rs. 30 billion approved for Karachi Safe City Program, for the next fiscal year 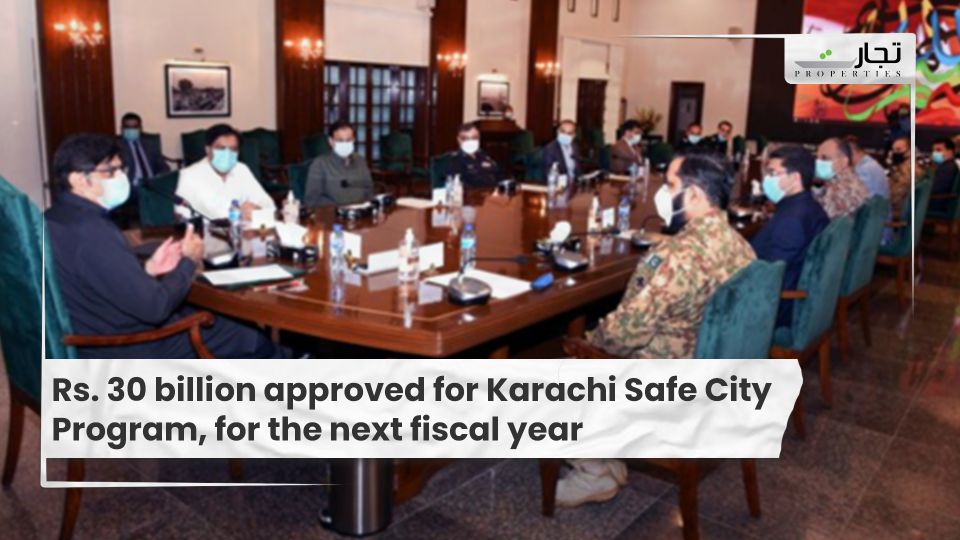 Karachi: According to a recent news report, Chief Minister Sindh, Murad Ali Shah has approved Rs. 30 billion for the launch of the “Karachi Safe City” project. The decision was taken over a meeting to review the progress of the project.

Read More: How to reclaim an encroached KDA plot in Karachi has been revealed

Information Technology Minister Taimur Talpur, Chief Secretary Mumtaz Shah, Planning Chairman M. Waseem, Home Secretary Usman Chachar, and others were present at the conference. Under the program, 10,000 CCTV cameras will be deployed in the city in three stages, each of which will be completed in 12 months beginning in the next financial year, 2021-22.

The chief minister was told that at present 2,196 cameras were installed at 538 locations in the city, of them 1,201 belonged to the Karachi Metropolitan Corporation, 198 to the IT dept and 155 to Sindh police.