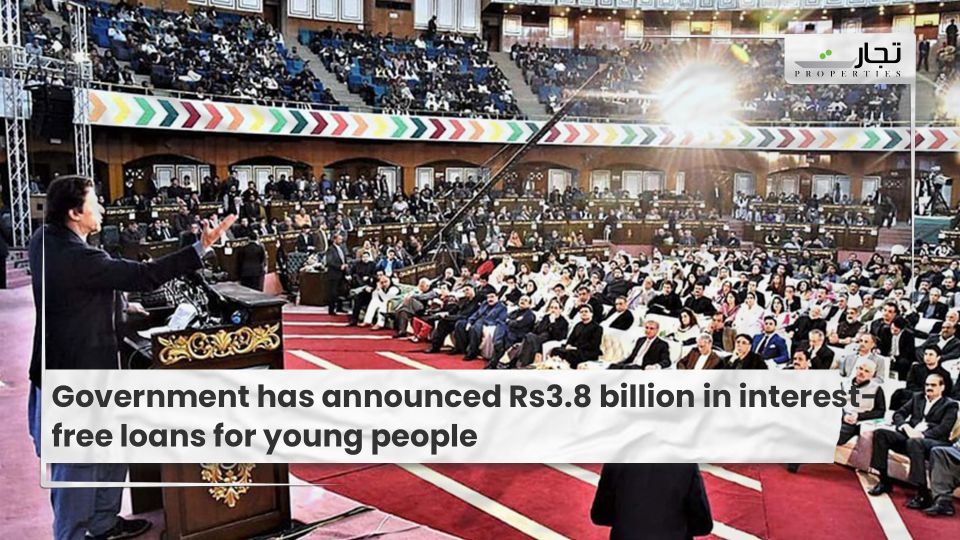 Peshawer: According to recent reports, the government of Khyber Pakhtunkhwa declared on Tuesday that it will provide Rs3.8 billion in interest-free loans to the province’s youth.

According to an official release, the project will help over 10,500 families and fund about 3,500 businesses.

The youth loan scheme was authorized at a meeting of the planning and development department, which was presided over by additional chief secretary Shakeel Qadir Khan.

Youth affairs secretary Mohammad Abid Majeed and the managing director of the Bank of Khyber were present at the meeting.

The Rs2 billion ‘innovation fund for entrepreneurs, youth, and women’ for settled areas will be introduced, while the Rs1.8 billion ‘start-up program for the economic uplift of youth’ will be implemented for the youth of multipart areas.

Although the province’s youth would be the primary beneficiaries of the scheme, women, transgender people, minorities, and specially-abled individuals would also be given precedence with a 25% allocated allocation to have access to conventional loans for their own business projects, allowing them to help their families through new income opportunities, according to the announcement.

The three-tiered loan scheme, which involves loans of up to Rs0.5 million, Rs1 million, and Rs2 million, will enable young people to start their own businesses by providing easy access to much-needed money. This will improve economic development, reduce youth unemployment, and help reduce poverty.

The Provincial Development Working Party (PDWP) had already approved the interest-free loan scheme, according to the statement, and it was set to be introduced via public announcements.

The meeting also agreed that the provincial government would hire seasoned professionals, industry experts, and specialists from the manufacturing, services, and trading sectors to train youth as loan recipients, promote the production of business plans, and provide incubation support to start businesses.