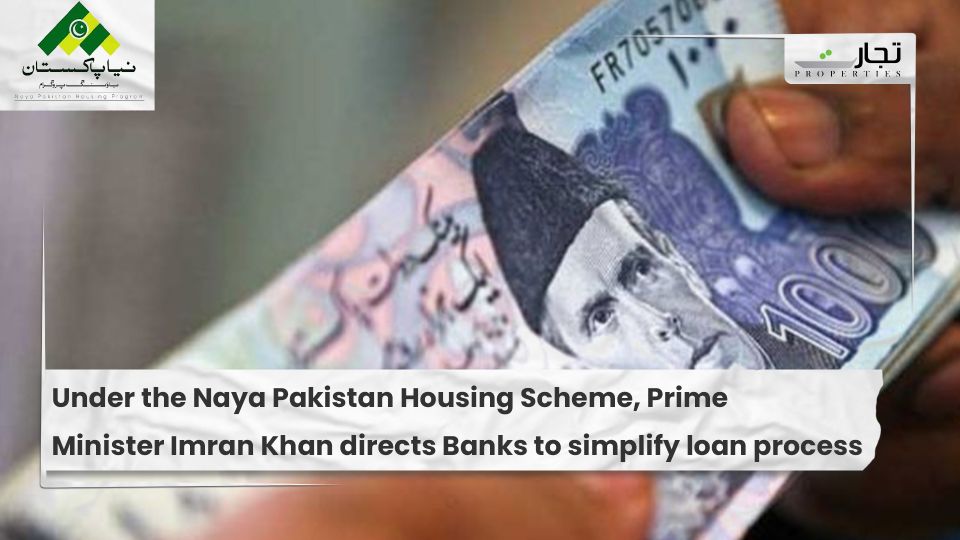 Islamabad: According to recent reports, while noticing that people are having difficulty obtaining loans under the Naya Pakistan Housing Program, Prime Minister Imran Khan has instructed banks to simplify the procedure to help the masses.

PM Imran was practically addressing the National Bank of Pakistan’s (NBP) telethon on low-cost housing on Sunday, although he is self-isolating after testing positive for Covid-19 earlier this month.

The Prime Minister claimed that the NBP, as the country’s premier bank, should also advise its employees to assist loan applicants, adding that bank employees were not in the habit of extending easy loans to cashless citizens.

While this is a common practice in European countries, it is the first time in Pakistani history that salaried individuals are being allowed to own a home,’ he said.

He said, “Once people start building homes, there will a boom in the construction industry which will bring about a revolutionary change in Pakistan. The construction of homes, besides revenue generation, will lead to job creation,”

PM Imran Khan had previously agreed to raise the loan cap of the scheme by 100% on Friday.

Senator Faisal Javed Khan of the PTI announced the decision on Twitter, adding that the discounted markup rate has also been reduced to 3 and 5 percent.

On March 18, the premier had allocated 1,008 flats and 500 houses on low-cost mortgages to poor workers and widows to uplift the weaker segments of society.

The prime minister announced that the rent would be translated into monthly installments of the total cost of the house or flat under the mortgage scheme, with a markup rate of no more than 5%.

With the rise in government revenue, he vowed to allocate more funds for the housing program, enabling the working and salaried groups to build their homes.

The multi-story units, which are being built in Zone V of the federal capital and are around a 15-minute drive from the Islamabad Expressway, will provide a decent life for small families with electricity, natural gas, and water. A living room, two bedrooms, a kitchen, and a bathroom are included in each housing unit.

In the first process, approximately 3,000 laborers were enrolled, and 1,500 of them were able to obtain housing via an open ballot.

Disabled people would also be given accommodation as part of the initiative.

The project aims to provide housing for people who earn less than Rs500,000 per year.