Third portion of the $6 billion loan released by IMF 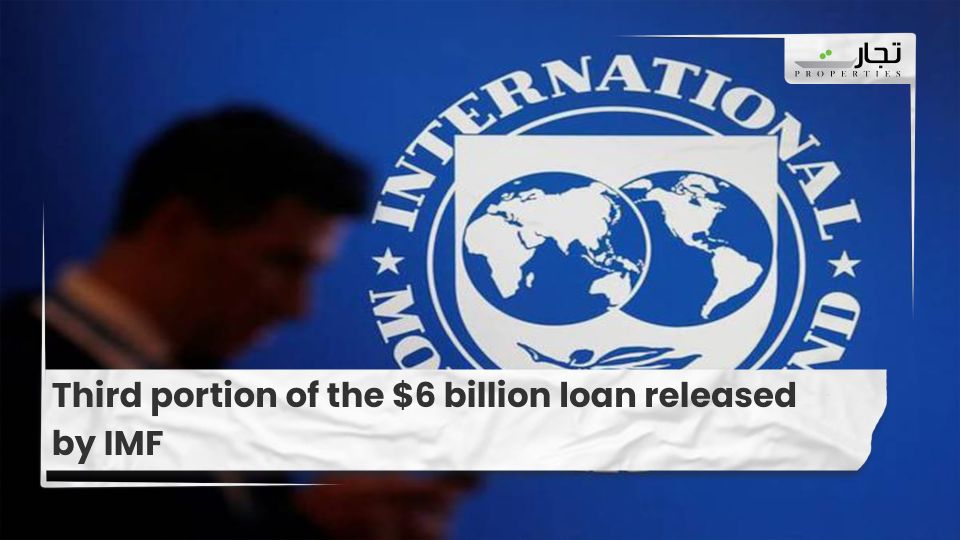 Islamabad: According to news reports, the International Monetary Fund (IMF) approved four pending reviews with reference to Pakistan’s economic environment on Wednesday and issued the third installment of the loan to the country. According to a news outlet, the third tranche is worth about USD 500 million and is published after Pakistan has taken a series of strict steps.

The announcement of the third tranche brings the IMF’s Extended Fund Facility (EFF), which has a total value of USD 6 billion and was previously on hold, back to life. To qualify for the publication, several decisions were made, including a rise in the price of electricity, the imposition of taxes, and increased central bank autonomy.

According to sources, a meeting between the Pakistani government and IMF officials was held last month, and the agreement to disburse the funds was approved by the IMF’s Executive Board. The IMF has already announced two tranches of EFF, the first of which is worth USD 991 million and the second of which is worth USD 452.4 million.

Pakistan’s economy has progressively stabilized, despite the fact that the pandemic has risen for the third time in the last few weeks, raising questions about potential economic conditions. The program is now back on track after the acceptance of four reviews.