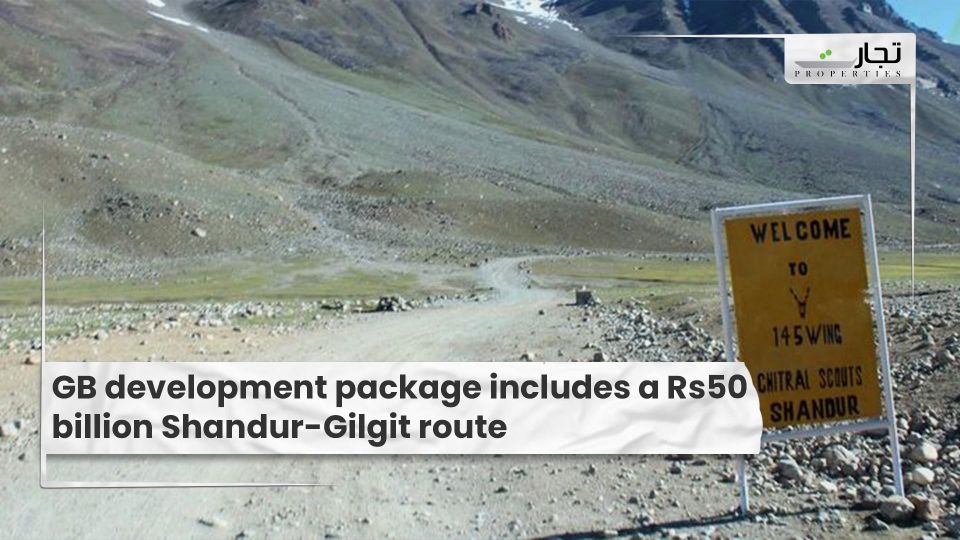 The Rs50 billion avenue, which is also being considered as an alternative route to the China Pakistan Economic Corridor (CPEC), will be completed under the Integrated GB Development Plan 2021-26, according to an official from the Planning Development and Special Initiatives Department.

The road’s cost was previously estimated to be Rs45 billion, according to officials.

The project PC-1 has been sent to the Planning Commission for approval by the Central Development Working Party (CDWP) and the National Economic Council’s Executive Committee (ECNEC).

The Ministry of Communication, according to documents available to this scribe, submitted the project’s PC-1 to the Ministry of Planning, Growth, and Special Initiatives on April 22 for consideration at the upcoming Central Development Working Party (CDWP) and Executive Committee of the National Economic Council (ECNEC) meetings.

The new road will be an all-weather path to CPEC during the winter, when the Silk Route is closed due to snowfall.

The project will be another top-notch and time-saving path for travel to the area after the Lowari Tunnel.

The road is 363 kilometers long, with 216 kilometers on British soil.

The federal cabinet approved the federalisation of Chitral to Mastuj, Shandur, and Gilgit road, as well as Chitral to Garam Chashma, Dorah Pass road, on May 6, according to a notification issued by the Ministry of Communication.

The road from Chitral to Gilgit will be known as N-140 after federalization.

The lane, once completed, has the potential to serve as a trade and traffic alternative to the Karakoram Highway.

Aside from the Shandur road, the government is considering another big CPEC route that connects China. This path will be about 350 kilometres shorter than the current route through the Khunjerab Pass.

Furthermore, the concerned departments in these districts have been asked to submit concept clearance proposals for the construction of a 33-foot-wide truck-friendly road connecting Yarkand, China, and Gorikot, Astor, via Shagarthang.