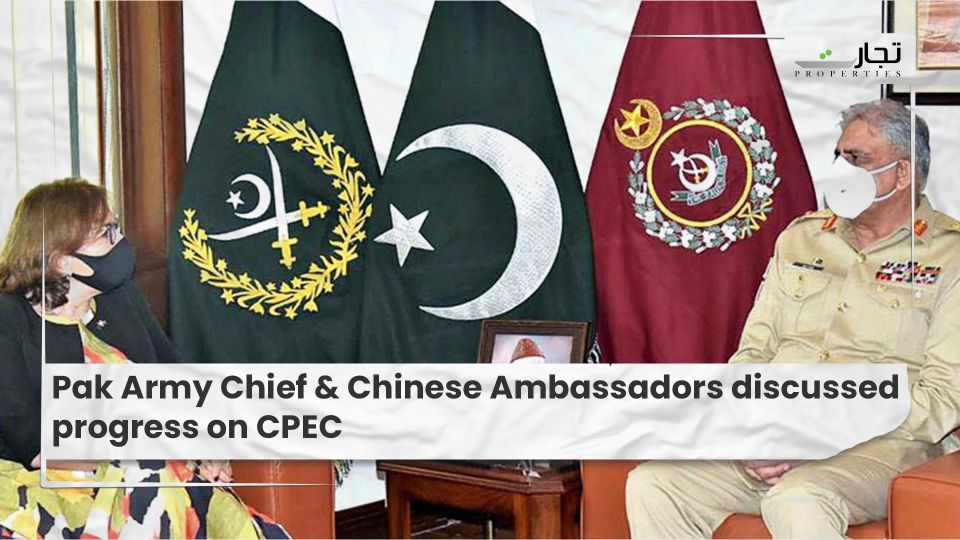 Islamabad: According to the Inter-Services Public Relations (ISPR), while praising China for its contribution to Pakistan’s fight against the Covid-19 pandemic, Chief of Army Staff General (COAS) Qamar Javed Bajwa said that the Pakistan Army values its friendly relations with China.

He made these remarks during a meeting with China’s Ambassador to Pakistan, Nong Rong, on Monday at the General Headquarters (GHQ) in Rawalpindi.

According to the military’s media arm, the meeting focused on issues of mutual interest, including recent developments in the Afghan peace process, progress on the China-Pakistan Economic Corridor (CPEC), regional stability, and the current situation in Covid-19.

The visiting dignitary praised Pakistan’s sincere efforts for peace and stability in the region, especially the Afghan peace process, according to the military’s media arm.

According to reports, Pakistan has issued a total of 4.06 million vaccine doses. 3.5 million doses of the Chinese Sinopharm vaccine are included in this total.

So far, 529,928 doses of the Sinopharm vaccine have been used out of the total vaccines. So far, 134,218 first doses have been given to healthcare staff, and 88,475 second doses have been administered.

According to Dr. Faisal Sultan’s announcement last week, the country has ordered 13 million doses of the Covid-19 vaccine from three Chinese firms, with delivery expected in the next two months.