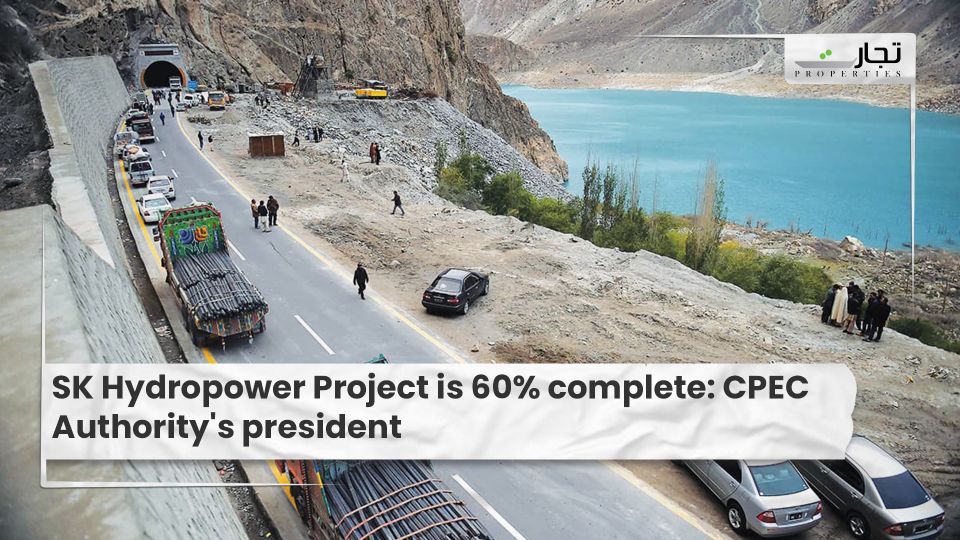 Peshawer: According to various reports, the project in K-P is expected to produce 3.21 billion kilowatt-hours of renewable electricity per year. Lt Gen (retd) Asim Saleem Bajwa, Chairman of the CPEC Authority, said in a tweet that 60% of the work on the Suki Kinari Hydro Power Project has been completed, with the project expected to be operational by December 2022.

On Friday, the Suki Kinari (SK) Hydropower Project in Khyber-Pakhtunkhwa (K-P) completed the second stage of river closure, ushering in a new phase of dam development.

The successful cutting of the Kunhar River’s main riverbed with the river diverted to a spillway is intended to establish dry working areas for the construction of the concrete dam of the power station under the China-Pakistan Economic Corridor (CPEC), which is located in the Mansehra district of K-P.

Jia Ancheng, general manager of China Gezhouba Group Overseas Investment Co, Ltd., a subsidiary of the China Gezhouba Group Corporation that invests in and implements the project, credited the achievement to the Chinese and Pakistani constructors’ joint and hard efforts amid Covid-19.

Muhammad Hamid, the assistant commissioner of Balakot, a town in the Mansehra District, spoke at the event, claiming that the SK power project has created 5,000 local jobs.

The project began construction in January 2017 and is scheduled to be completed in December 2022, with a total investment of around $1.96 billion.