Four more 500 Kilvolts transmission lines have been completed by NTDC 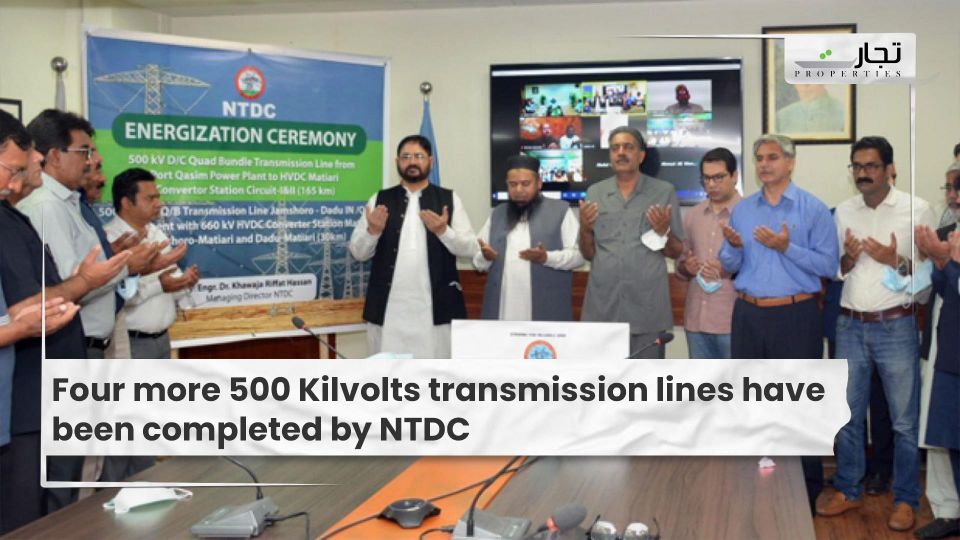 Lahore: According to different sources, four more 500kV transmission lines have been installed by the National Transmission & Dispatch Company Limited (NTDC) for the evacuation of electricity from power plants in the country’s southern regions.

The transmission line circuits have been connected to the Matiari HVDC converter station, which is a key component of the massive CPEC-funded Matiari-Lahore Transmission Line Project.

NTDC Managing Director Dr Khawaja Riffat Hassan during a virtual inauguration ceremony on Sunday at Wapda House said, “Two 500kV transmission line circuits have already been energised to evacuate electricity from the Port Qasim coal-fired plant and then have it converted to direct current by the HVDC Matiari converter station. The other two 500kV transmission line circuits have been energised and linked to the HVDC converter station in Hyderabad for looping in/out with the current 500kV Jamshoro-Dadu Circuit-I.

Previously, the said transmission line fed the grid through an in/out arrangement at 500 kV Jamshoro-Dadu Circuit-II,”

According to an NTDC spokesman, NTDC scheduled 10 circuits/transmission lines for the evacuation of electricity from Sindh-based power plants, of which eight 500 kV HVAC transmission line circuits have been completed/energised. The remaining two transmission line loops, on the other hand, will be finished later.

Meanwhile, the NTDC has established a Central Control Center at New Kot Lakhpat’s 220 kV grid station to track the power system’s stability and maintain close contact with the National Power Control Center and all distribution companies during the Sehr, Iftar, and Taraweeh times.

At a meeting with officials at the centre, NTDC Managing Director Dr Khawaja Riffat Hassan said, “There should be no issue with the system that may lead to any trouble to the power supply to the people, especially during Sehar, Aftar and Taraveeh,”

He added that regional asset management control centres have been formed in Islamabad, Multan, Hyderabad, and Quetta to meet any emergency.

“In the event of a fault at any NTDC Grid Station or Transmission Line across Pakistan, the control centre will closely oversee the team and material mobilisation,” he said.