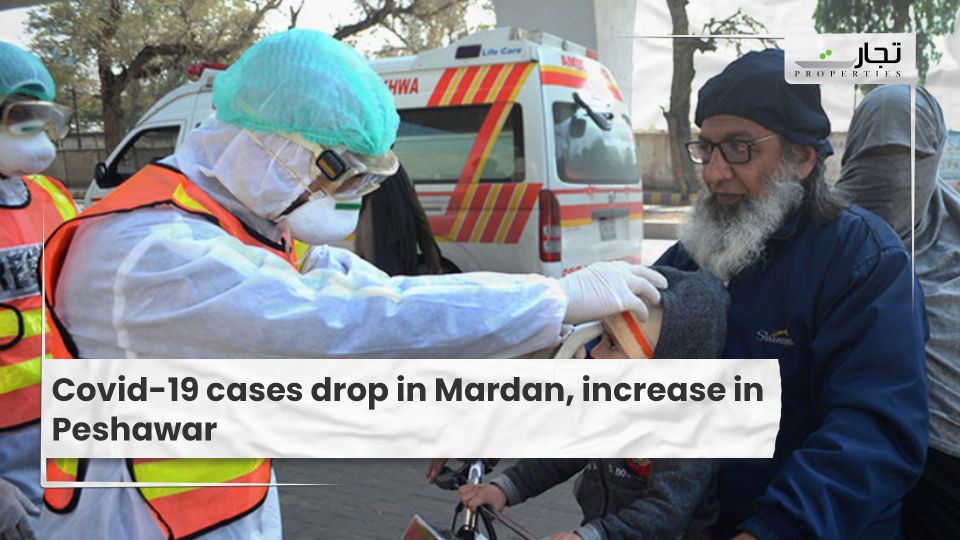 Peshawar: On Tuesday as per the news report, thirty-three more people died of Covid-19 in Khyber Pakhtunkhwa, including a doctor, as the positivity level in Mardan fell but rose marginally in Peshawar and Abbottabad.

According to a health department survey, the number of people who died as a result of Covid-19 has risen to 2,953 in the province.

Read more: Historical Ram Pyari Mahal has been turned into a museum

Sixteen of the total number of deaths occurred in Peshawar, which has been a hotspot for the virus since its inception in February of last year. So far, 1,549 people have died as a result of the pandemic in the provincial capital, accounting for more than half of all deaths in Khyber Pakhtunkhwa.

Seven people died in Mardan on Wednesday, with the positivity level dropping to 32.6 percent from 36.6 percent the day before. In Mardan, the second most populated city in Khyber Pakhtunkhwa after Peshawar, 227 people have been infected with the virus so far.

According to the survey, Peshawar’s positivity rate was 25.8%, up from 25.6 percent the day before. Mardan also discovered 110 new cases, bringing the total number of infected people to 5,439.

Dr. Khair Mohammad Barki, a senior doctor and former district health officer of Tank, died of Covid-19 at Hayatabad Medical Complex, where he was on a ventilator. In Khyber Pakhtunkhwa, 61 doctors have died as a result of the coronavirus.

Officials with the Department of Health said they increased the number of regular Covid-19 tests to 8,000 a day in order to diagnose all suspicious patients and track down their contacts. They said that the infection could have been avoided if the standard operating procedure had been followed. They claimed that failure to take precautionary measures was worsening the issue.