Historical Ram Pyari Mahal has been turned into a museum 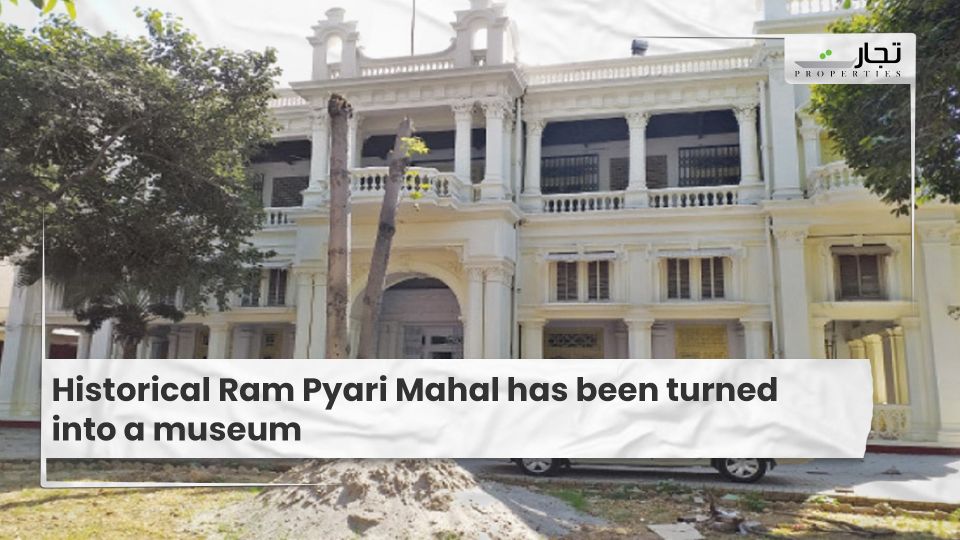 GUJRAT: The historic Ram Pyari Mahal in Ahmedabad has been turned into a museum. It was officially opened on Monday and is now open to the general public.

The museum has several galleries dedicated to the Indus and Gandhara civilizations and ethnological and miscellaneous objects, four of which are filled with artefacts and others with coins, arms, jewellery, and other items.

Read more: Government of KP begins renovation work on a mosque from the Mughal period

The industry gallery is filled with locally made items, especially pottery, a well-known industry in Gujrat. Portraits of three Nishan-i-Haider recipients from Gujrat and singer Shaukat Ali, poet Sharif Kunjahi, and others can be found in the photo gallery.

Another gallery features Sohni Mahiwal folklore, masons and labourers at work, mud houses in villages, and old locks and utensils, among other things. This gallery piqued the attention of the ceremony’s attendees.

The DC stated that visitors would be admitted to the museum for free until April 30, after which they will be charged a nominal fee. As schools and colleges reopened after the lockdown, student study tours will be organized.

The tourism advisor said at the ceremony that the archaeology department had been working on the restoration and renovation of at least 35 historical buildings in Punjab for tourism promotion. The Punjab government also planned legislation to grant existing museums more autonomy, allowing their management to make more decisions with greater independence.

Sundar Das Chopra, a contractor from Dingah Town, about 55 kilometres from Gujrat, had this building built for his third wife Ram Pyari in the second decade of the twentieth century. The road that runs alongside the building was known as Ram Pyari Road, but it was later renamed Circular Road and now runs alongside the Walled City’s Sohni Bazaar of pottery and ceramics.