In Rawalpindi, a survey of properties near highways to be reassessed 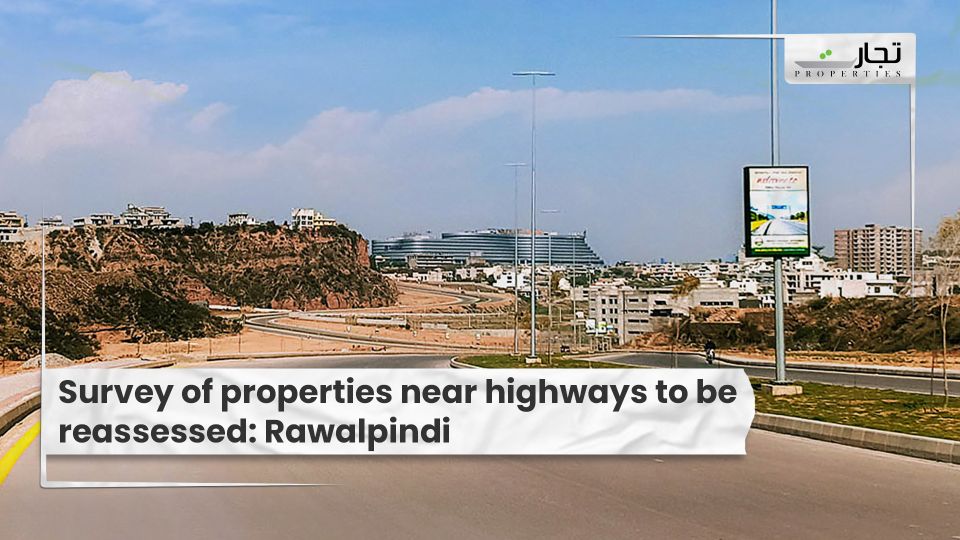 Rawalpindi: According to news reports, Punjab Excise and Taxation (E&T) Director General (DG) Ms. Saleha Saeed has ordered a reassessment of past surveys to bring properties adjacent to highways/motorways within the tax net. On June 9, the team will conduct an assessment in the Rawalpindi region.

Previously, key roadways such as the Grand Trunk (GT) Road, Kahoota Road, and Kalar Road were surveyed for the same reason. The Punjab Excise and Taxation DG, on the other hand, has formed a team that will travel to Rawalpindi to audit and resurvey the areas to better understand the number of properties along the major highways.

Previously, the Punjab Excise department investigated the province’s roads and highways to classify and bring tax-exempt properties into the tax net. Along the country’s 40,000 kilometers of highways, there are estimated to be 700,000 business and residential establishments. The department launched the survey to boost revenue for the government. Drones, 3D images, and Geographic Information Surveys (GIS) were only a few of the latest technology used in the study.