Construction of Islamabad IT Park inaugurated by South Korean Ambassador 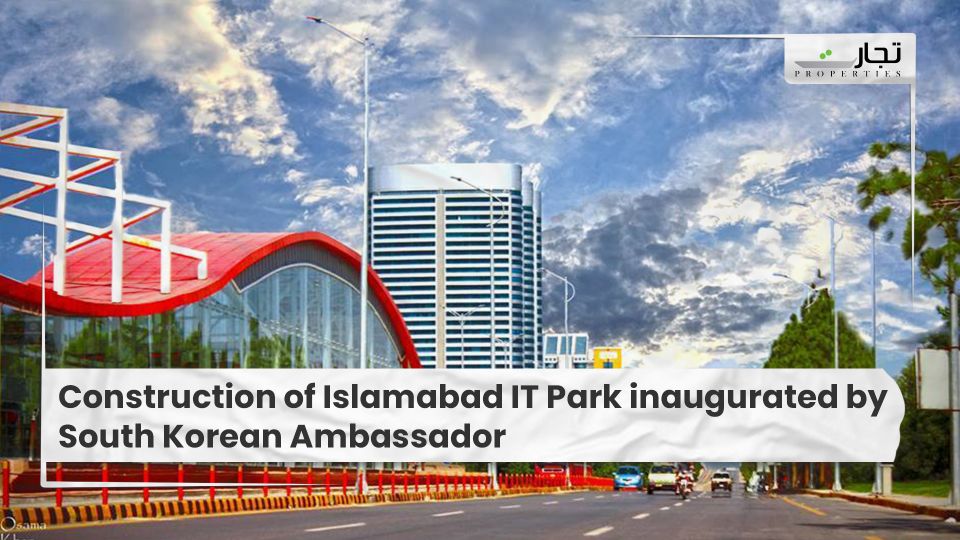 Islamabad: According to news sources, the Islamabad Technology Park was officially opened by the Ambassador of the Republic of Korea, Suh Sangpyo. According to a press statement released here on Wednesday, the Korean Ambassador was joined by Syed Amin ul Haque, the Minister for Information Technology and Telecommunications.

The Korean Ambassador, Suh Sangpyo, stated at the time that the creation of IT parks is a core goal of the Economic Development Cooperation Fund (EDCF). In 2019, Korea and Pakistan announced a framework agreement under which Korea will grant 500 million dollars in EDCF loans to Pakistan for infrastructure development.

It added that Korea is willing to help Pakistan strengthen its IT capabilities in the long run, including capacity building, infrastructure development, and technological development. According to the press release, the creation of the Islamabad IT Park will provide a business-friendly environment for Pakistani small and medium IT enterprises, as quoted by the Korean ambassador.

Syed Amin ul Haque, the Pakistani ambassador to Islamabad, spoke on the occasion and thanked the Korean government and the Korean ambassador for their complete assistance in the creation of the IT Park.

He stated that the state-of-the-art IT Park project will be finished in 30 months and that the Park’s inauguration is another step forward in Prime Minister Imran Khan’s goal of a Digital Pakistan.