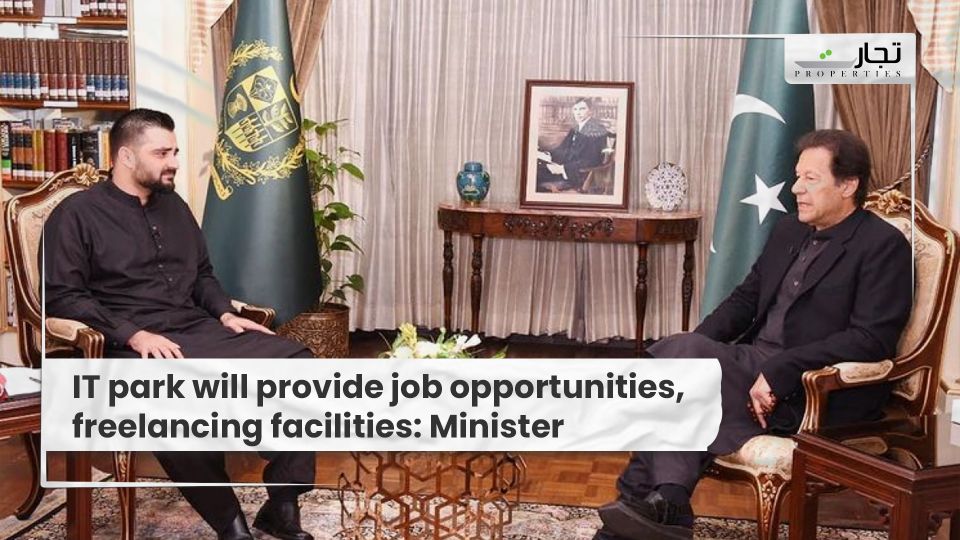 Islamabad: As per the latest news, Syed Aminul Haque, the Federal Minister for Information Technology (IT) and Telecommunications laid the foundation stone for Chak Shahzad, the capital’s fourth IT park, on Wednesday.

IT experts would be able to rent office space for Rs80 per square foot.

Mr. Haque, speaking at the event, stated that the IT park will create over 5,000 direct and indirect job possibilities, primarily for young IT experts, as well as encourage freelancing in the industry. Mr. Suh Sangpyo, the Korean Ambassador, was also present at the event.

The IT park is being created with financial backing from Korea’s Exim Bank. The project will cost Rs13.7 billion in total. Around 120 startups will be housed in the 12-story structure, which has a covered area of 66,893 square meters and includes ancillary amenities such as testing laboratories, lecture rooms, the industry-academia linkage center auditorium, and so on.

This project, according to the minister, was tied to achieving the ‘Digital Pakistan Vision,’ which intended to not only alleviate the IT sector’s infrastructure shortage but also to encourage technology commercialization, link tertiary education and production, stimulate research and development, and boost IT exports and industry competitiveness.

According to the minister, a similar IT park would be built in Karachi soon. “We want to establish software technology parks in small and big cities of the country. Pakistan Software Export Board is working to establish software technology parks in Quetta, Gwadar, Faisalabad, Bannu, Swat, Mardan, Sukkur, and Hyderabad, to help expand digitization and develop opportunities for self-employment,” he added.