CDA is putting up bird nesting boxes in parks 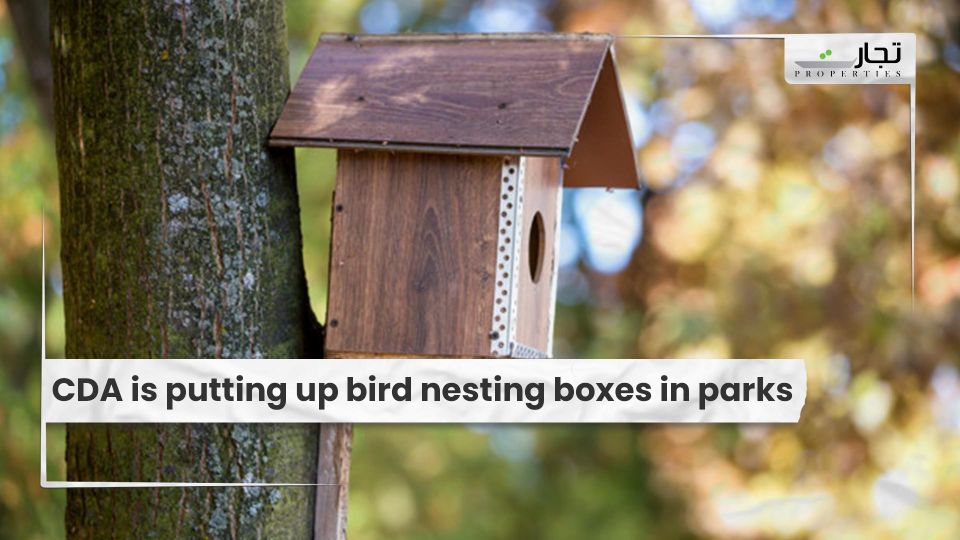 Islamabad: Afraid of a sharp drop in bird counts, the Capital Development Authority (CDA) has begun putting up nesting boxes in large parks and other green spaces to boost the avifauna’s population growth rate.

“We have launched the project with the Kachnar Park (Sector I-8) where more than 100 colourful nests have been set up to avert the increasing decrease in bird population by providing suitable habitat,” said CDA Director General Environment Naveed Tareen.

He told this organization that feeders were also put in certain boxes to satisfy the birds’ nutritional needs. More big parks, including Lake View, Shakarparian, and F-9, will soon have such boxes, according to him. He added that locations in Margalla Hills National Park were being identified for migratory birds nesting.