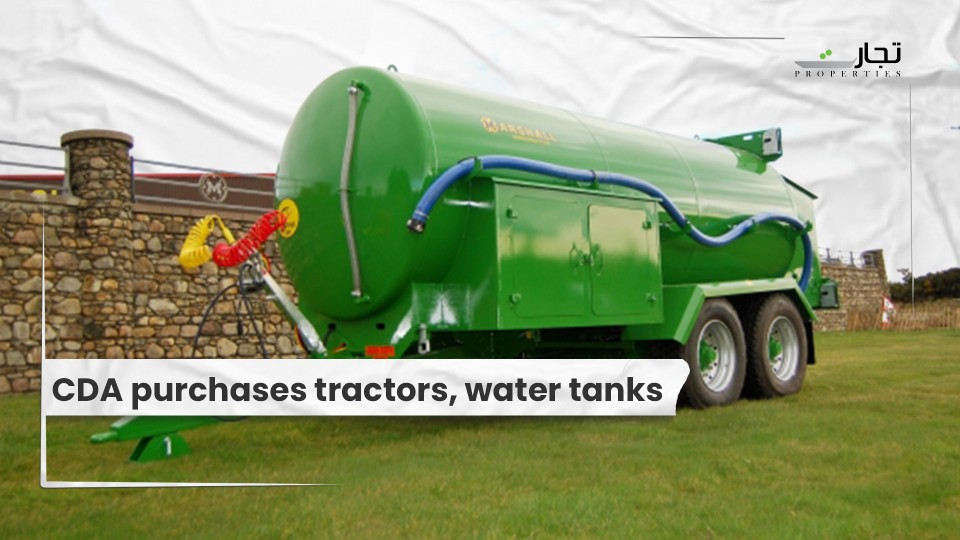 Islamabad: As per the news report, the Capital Development Authority (CDA) has acquired two new tractors for the Environment Directorate, as well as four double-capacity water tanks that have been replenished.

The tractors will be used to improve the beauty of F-9 Park, according to a press release provided by the authority.

The CDA employees, including Chairman Amer Ali Ahmed, board members, and directors, attended the handing-over ceremony of tractors and tankers to the concerned directorate at F-9 Park.

The Environment Directorate was formerly a part of the Metropolitan Corporation Islamabad (MCI), but its output was low due to MCI’s lack of funds.

According to CDA officials, this directorate has renovated almost all of the city’s parks and carried out tree-planting campaigns, including the establishment of 18 Miyawaki forests, in the last few months. Malpur Forest Park, on 350 acres of land near Banigala, is also being created.