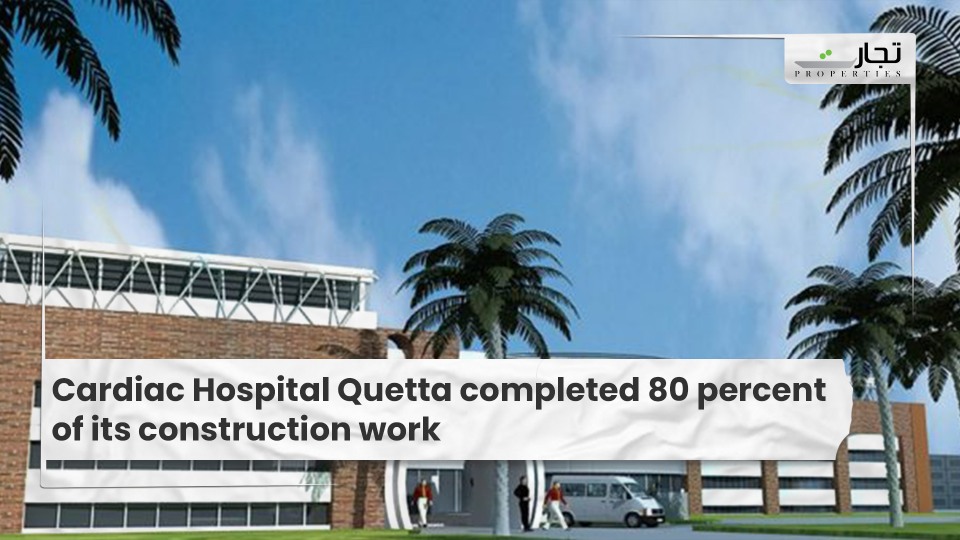 Quetta: According to a senior officer on Friday, the Balochistan government is on track to complete the 120-bed Quetta Cardiac Hospital within the stipulated time frame because 80 percent of the construction work has already been completed.

He told APP that the hospital’s completion date was set for January 2022 and that it was planned to be fully operational by the start of next year because the government had already authorized funds for the purchase of necessary machinery.

According to the officer, the project began in 2019 after Prime Minister Imran Khan laid the groundwork. The initiative was established in cooperation with the United Arab Emirate’s government (UAE). He went on to say that it could handle hundreds of patients a day.

The government has also agreed to change the makeup of the Cardiac Hospital Quetta’s Board of Governors and rename the facility Sheikh Salman bin Zayed Al Nahyan Institute of Cardiology.

According to him, cardiac patients are currently being referred to various hospitals across the country, putting additional strain on those facilities and creating problems for locals.

Read More: Punjab has approved the construction of three hospitals for employees and their families

He said that the provincial government was working to bring the best healthcare to people’s doorsteps.

To ensure that the people have access to the best healthcare, the provincial government has upgraded eight district headquarters hospitals to teaching level hospitals.

He also stated that a cardiology center will be built in each of the province’s teaching hospitals.