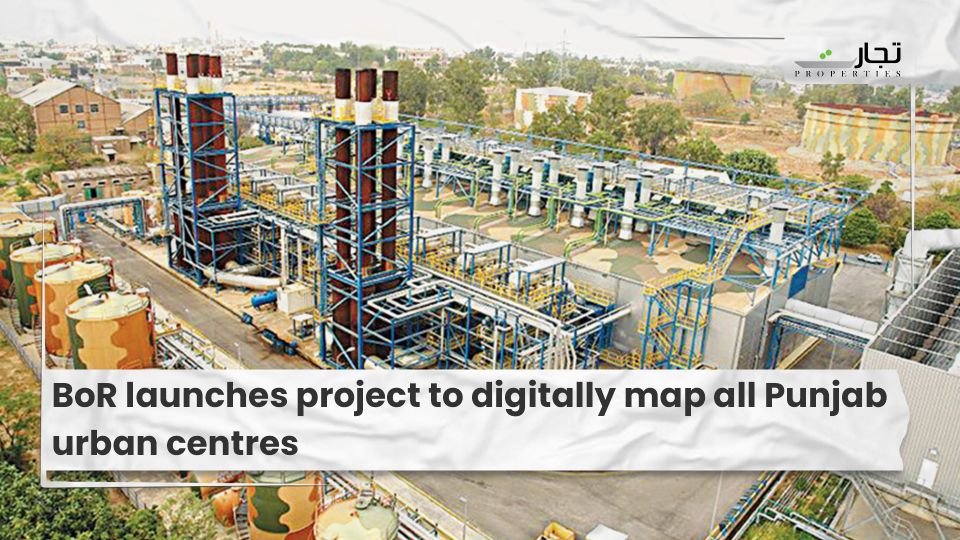 Lahore: The Punjab Board of Revenue (BoR) has inaugurated a foreign-funded project ‘Cadaster of Punjab’, which will digitally map all of the province’s urban centers (including Lahore). According to a news article published on March 29, the said initiative is worth USD 150 million.

According to the information revealed, the BoR has begun planning for Lahore’s digital map, which will be established in collaboration with Pakistan’s Survey Department. In the first step of this project, all buildings in the provincial capital will be mapped, and numbers will be assigned to each one.

Each building’s location, value, and owner information will be digitalized in addition to being assigned numbers. Immovable properties’ Khasra numbers will be abolished after the project is completed in Lahore and other cities of Punjab.

Furthermore, the Punjab cabinet has approved a land reforms bill introduced by BoR, in which private housing scheme offices will be declared public offices and their records will be sealed. In addition, if these housing schemes fail to undergo routine audits, legal action will be taken against them.

Digital Girdawari (periodic inspection to verify ownership) was already launched in 807 qanungoiyan, according to BoR Senior Member Babar Hayat Tarar. He expressed the hope that as data digitization progresses, the taxation process will become more robust and reliable.