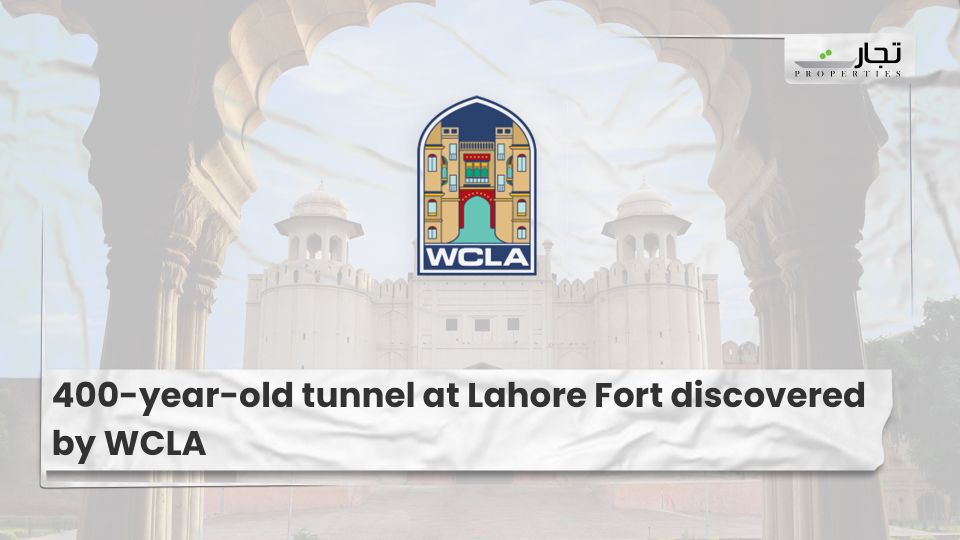 Lahore: According to a recent news report, the Walled City of Lahore Authority (WCLA) has announced the discovery of a 400-year old tunnel during a recent restoration attempt at the Lahore Fort.

The structure is said to date back to Emperor Akbar’s reign, but it has only recently been discovered. The four-hundred-year-old tunnel in Lahore Fort is said to be holding up well. It’s well-ventilated, with holes every 10 feet for adequate ventilation and places to hang lamps for illumination. The structure also has a 625-foot-long corridor that acts as a drain as well as a hidden passage that passes through the lamp niches.

The restoration of the tunnel and the drain, according to the project’s specialists, would be a challenging challenge since the tunnel has been closed for over 400 years.

WCLA Sub-Engineer Hafiz Umar revealed that he found vague signs of a hidden tunnel during excavation while working on a reconstruction project involving Moti Masjid and Maktab Khana.

Finally, and perhaps most intriguingly, archaeologists discovered that the fort had seven layers, indicating that it had been destroyed and restored seven times.