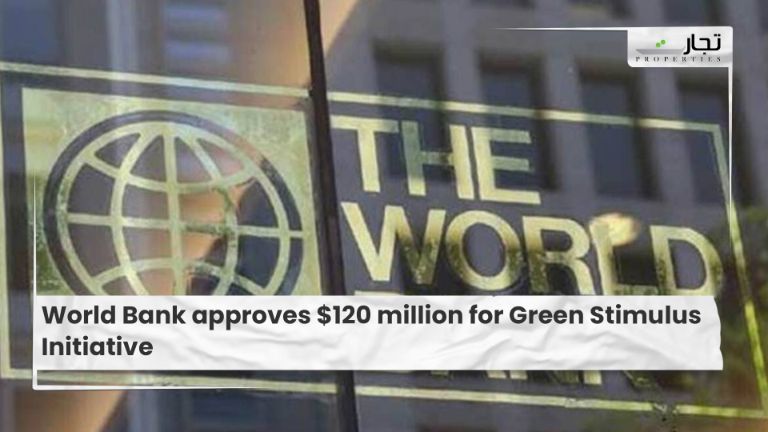 Islamabad: According to a recent news report, the World Bank has given the approval of $120 million for the Prime Minister’s Green Stimulus Initiative. The World Bank country director Najy Benhassine met Prime Minister’s Special Assistant on Climate Change Malik Amin Aslam on Thursday and expressed the bank’s support for the green post-Covid-19 economic recovery plan, as well as afforestation and nature conservation programs.

This includes the climate change ministry’s green stimulus plan, which is part of the Prime Minister’s Clean Green Pakistan vision.

During the meeting, the World Bank’s country director told the PM’s aide that funding for the green stimulus program, which had been promised at $120 million, had already been authorized. It could be used by the country to create green jobs for those who have been made unemployed as a result of the pandemic by involving them in green projects aimed at environmental conservation and safety.

The WB management was impressed, he said, with the Clean Green Pakistan program and the various projects launched under the vision, especially the Ten Billion Tree Tsunami.

The PM’s aide explained that the green stimulus initiative was launched in April of last year to create green jobs for youth who had been laid off from various sectors due to the pandemic’s closure of businesses and various economic activities.

“In April this year, the prime minister approved the green stimulus package as part of the government’s efforts to expand green cover, resulting in the creation of 87, 000 green jobs for the youth,” Mr. Aslam claimed.