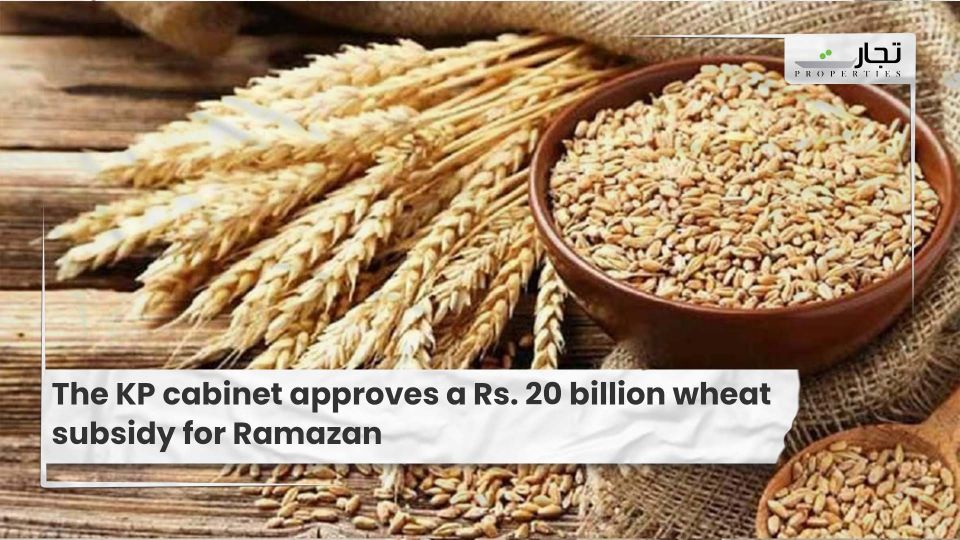 PESHAWAR: The Khyber Pakhtunkhwa cabinet has agreed to provide an Rs20.8 billion wheat subsidy to ensure that people have access to grain at lower prices than the market during Ramazan.

According to an official release, the cabinet, which met here on Monday with Chief Minister Mahmood Khan in the chair, also approved the outsourcing of regional blood transfusion centers to ensure safe transfusion.

The Healthcare Foundation will implement outsourcing of centers, and banks will be managed under the public-private partnership legislation to increase operations and address blood shortages for patients. To ensure that patients receive free care, the chief minister directed the health ministry to include liver transplant, bone marrow treatment, and blood transfusion in the Sehat Card Plus scheme.

Ministers are being sent to bazaars by the chief minister to search for hoarding and profiteering. The cabinet also approved the procedure for providing 1,320 residential flats to the poor under the Prime Minister’s Naya Pakistan Housing Scheme, which will be built on 150 Kanal of land. A flat has been set at Rs2.2 million at price.

Those who qualify would have a monthly income of less than Rs40, 000 and be permanent residents of the province. The apartments, which will be 780 square feet in size, will be given away through a lottery to eligible people.

The cabinet also accepted Rs1 million in compensation for the families of seven people who were “martyred” in the Hazara division during the ANP-PPP administration. It approved the development of the Jawan Markaz at the district level in the province, which will provide IT training, indoor sports facilities, and job opportunities for young people.

The first Jawan Markaz project in Mardan is complete, and the Peshawar Jawan Markaz will be built in the second phase. Baitul Mal has received four vehicles as part of the Ehsass and Poverty Alleviation Program. The software will debut on April 11th. The creation of the Skill Development Company was approved by the cabinet.

Maleeha Bangash, Iqbal Wazir, Affan Aziz, and Shafiq will serve on the board of directors as private members. The cabinet also approved changes to the MTI Appellate Tribunal Rules that were required. To develop health facilities and efficiently track them, it decided to create primary care and management committees in hospitals, rural health centers, and BHUs.

The cabinet approved the KP-board EZDMC’s of directors being reconstituted. According to the release, Chief Minister Mahmood Khan will announce the Ramazan Package soon. During the month of fasting, Mr. Mahmood instructed cabinet members to visit bazaars in their respective districts to search for hoarding and profiteering.

He also demanded that they prepare an e-transfer policy within a week to ensure that postings and transfers are done efficiently and transparently.

The chief minister has directed that ministers convene a monthly review meeting of their departments to ensure that development projects started for the people’s welfare are completed as soon as possible. He issued orders to ensure the availability of first aid in remote areas by reactivating dormant civil dispensaries and ensuring the presence of the required personnel.