Tenders for the RRR project will be available on April 27 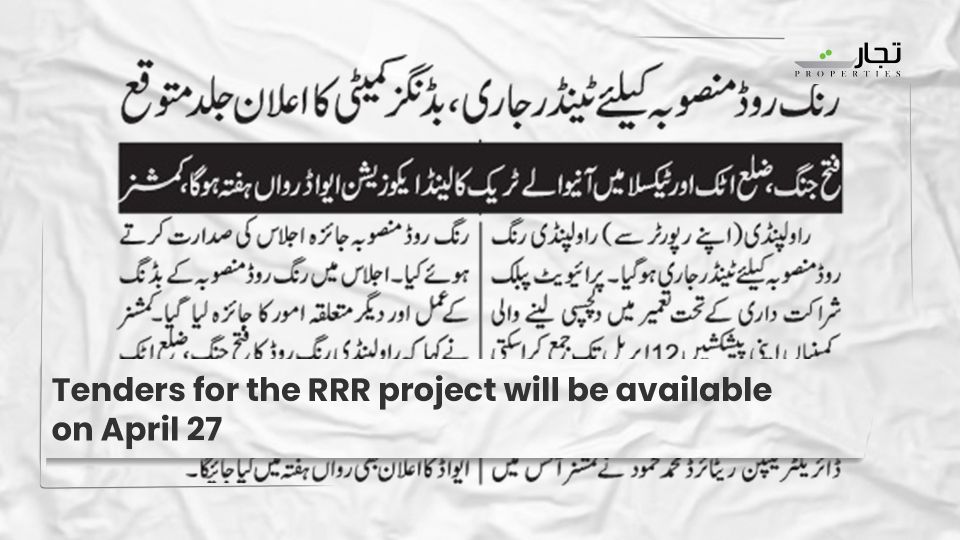 Rawalpindi: According to a news outlet, tenders for the Rawalpindi Ring Road (RRR) project will be opened on April 27 – the deadline for submitting bids for the project.

Read More: Prime Minister has called for the timely completion of construction projects in Gujranwala and Rawalpindi