Tashkent receives the first shipment from Pakistan under TIR 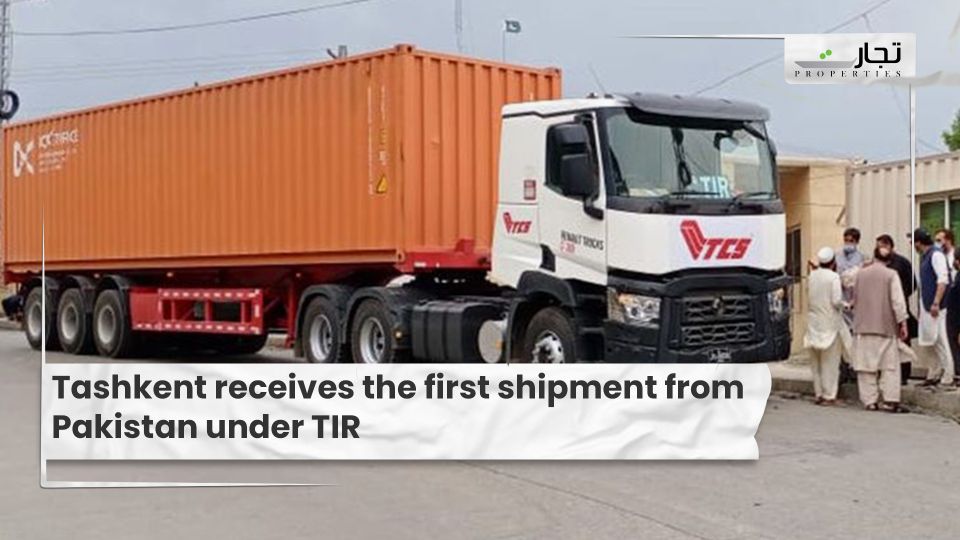 ISLAMABAD: Abdul Razak Dawood, the Prime Minister’s Adviser for Commerce and Investment, announced on Monday that the first-ever shipment from Pakistan under the Transports Internationaux Routiers (TIR) system arrived in Tashkent, Uzbekistan in 48 hours after leaving Torkham, Pakistan.

According to the advisor, Pakistan’s long-term vision for trade and economic ties with Afghanistan, Uzbekistan, and the Central Asian Republics (CARs) makes Pakistan a centre for trade, transportation, and transhipment.

According to him, the structure and reliability of communications networks facilitate market access and should be considered a factor in trade competitiveness.

He claims that by doing so, Pakistan will be able to take advantage of its geo-economic position in the region to boost its foreign trade.

The current engagements with Afghanistan and Uzbekistan, he said, are moves toward realizing this vision. After completing all customs formalities at Torkham, the consignment of herbal medicines was crossed into Afghanistan.

With the success of this TIR service, a new age of direct land-route trade with the CARs will begin. The TIR system would help trade and transportation operators save time and money by streamlining border procedures.

The TIR Convention, also known as the Customs Convention on the International Transport of Goods Under Cover of TIR Carnets, entered into force in March 1978, replacing the original Transport Internationaux Routier (TIR) of 1959.