Tajikistan’s president arrives in Pakistan on a two-day visit 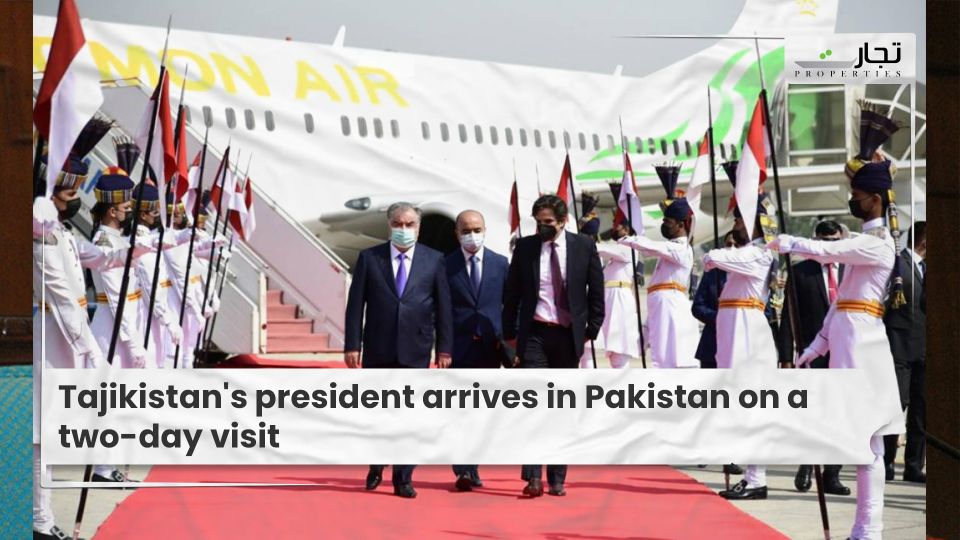 Islamabad: According to reports, Tajikistan’s President Emomali Rahmon arrived in Islamabad on Wednesday for a two-day official visit.

President Rahmon was met at Nur Khan Airbase by Federal Minister for Industries and Production Khusro Bakhtiyar. The Tajik president is joined by a high-level delegation, according to Radio Pakistan.

Prime Minister Imran Khan and President Emomali Rahmon will lead their respective delegations in delegation-level talks during the visit.

Both sides will discuss ways to strengthen bilateral cooperation in a variety of areas, including politics, economics, commerce, investment, energy, security and defense, culture, education, and regional connectivity.

During the visit, several agreements and MoUs (memorandums of understanding) are expected to be signed. President Arif Alvi would meet with the visiting dignitary individually.

Foreign Office Spokesperson Zahid Hafeez Chaudhri said in a statement that Pakistan and Tajikistan have close fraternal relations based on shared faith, history, and cultural affinity.

The Tajik president last paid a bilateral visit to the United States in November of 2015. In a multilateral setting, President Rahmon visited Pakistan in March 2017 for the 13th ECO Summit, which was held in Islamabad.

His visit will bolster both sides’ efforts to develop a long-term, multi-faceted friendship.

Tajikistan is also crucial in Pakistan’s ambition for tighter relationships and increased cooperation with Central Asian governments, according to the statement.

The Foreign Office also stated that on May 25, 2021, the two countries convened the 5th round of Pakistan-Tajikistan Bilateral Political Consultations (BPC) at the level of the Foreign Secretary/First Deputy Foreign Minister, during which they reviewed the whole scope of bilateral relations.