Swat’s precious trees are being cut down, causing concern 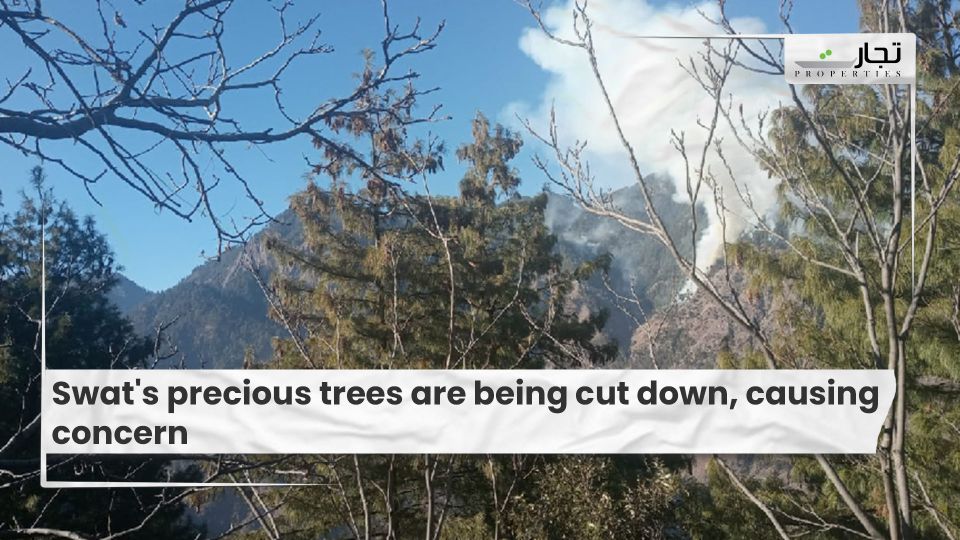 SWAT: Environmental activists and civil society representatives here have voiced concern about large-scale forest cutting in Swat and requested that the government take urgent action against the timber mafia.

They told this correspondent that they had personally witnessed brutal tree cutting in the forests of Miandam, Madyan, Bahrain, Kalam, and other parts of the district. According to them, the mafia is destroying Swat’s elegance.

“I was visiting the forest area with my village friends when I noticed a large-scale tree cutting in the 24th compartment. “We were shocked to see over 50 valuable trees cut down,” Zakir Khan, a resident of Khairabad in the Miandam valley, said. Miandam, according to locals, is one of the scenic valleys where the dense forest is a significant tourist attraction.

Activists are urging the government to take steps to conserve forests. “Our valley has around 25 forest compartments, but the local timber mafia has been involved for a long time. In other countries, illegal cutting occurs at night, but the mafia in Miandam did it during the day,” Husain Shah explained.

They said that illegal tree-cutting took place in Piya village’s neighboring forest. Environmental activist Azhar Ali said, “The regular cutting of trees indicates that officials are also associated with the timber mafia.” “We visited Boyun forest in Kalam two days ago, where we also witnessed a large-scale deodar tree cutting,” he said.

Activists say that while the government has initiated an afforestation drive, no action has been taken against the timber mafia.

“When we file reports about illegal tree cutting, forest officials tell the timber mafia to flee the scene. Even when timber is confiscated at a checkpoint, forest officials levy a small fine,” said Amjad Ali, a young activist.

He said that the forest department had already demanded that the government appoint more guards to protect the forests efficiently.