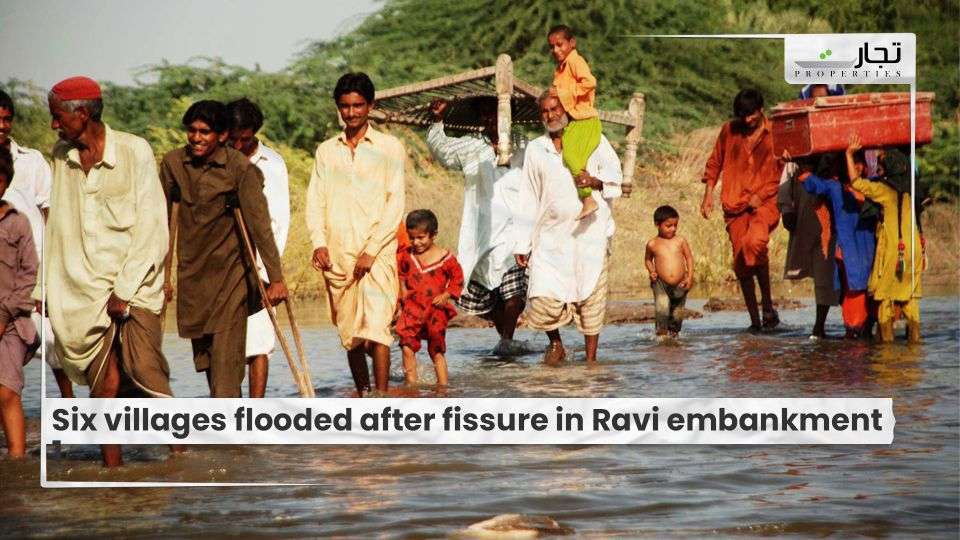 Kasur: In a piece of recent news, on Sunday, a crack in an embankment along the Ravi River at hamlet Gohr Kokianwali near Baloki in the boundaries of Pattoki police station flooded six villages in Kasur.

According to local farmers, standing crops on hundreds of acres were also flooded. They claimed that destruction could have been controlled by opening the gates of Head Baloki, but the local irrigation department refused, claiming that the breach occurred under Lahore’s authority.

Flooding undermined the dike and invaded the fields in Gohar Kokianwali, Nathay Jageer, Nathay Khalsa, Makhankay, Kamongil, and Gaga Sarai due to rising water pressure following recent rainfall and the poor state of the embankment. The villages of Sundar, Maraka, and Molanwal in the district of Lahore were also flooded. Maize, rice, sugarcane, fodder, and vegetables were among the crops that were devastated. The destruction was blamed on local administration and irrigation authorities, according to Kisan Board Pakistan Information Secretary Muhammad Ramzan, who requested an investigation.