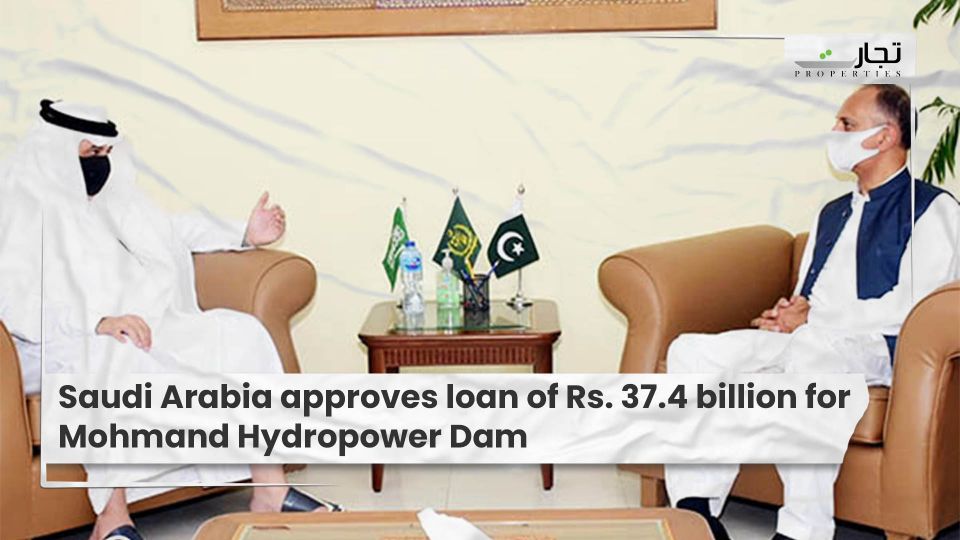 Islamabad: According to Saudi Arabia’s Economic Affairs Ministry, funding of 901 million Saudi Riyal (Rs. 37.4 billion) has been granted for the development of the Mohmand Hydropower Dam.

Saudi Arabian Ambassador to Pakistan Nawaf Bin Said Al-Maliki met with Federal Minister of Economic Affairs Omar Ayub Khan on Wednesday, according to a statement released by the Ministry.

According to the Ministry, the Saudi ambassador announced that the Saudi Development Fund had approved funding of 901 million Saudi Riyal for the construction of the Mohmand Dam. The loan would be for 25 years and would have a 2% interest rate, according to the Saudi Arabian envoy.

Omar Ayub told the Saudi envoy that monies would be used efficiently so that the project could be completed on time. According to the minister, the government is now focusing on strengthening renewable energy sources for electricity generation in the country.

This dam will be built on the Swat River in Khyber Pakhtunkhwa Province’s District Mohmand and would generate 800MW of energy. It will also irrigate 16,000 acres of land in the area, increasing agricultural productivity. This dam will be critical to the province’s socio-economic development.

Both sides also discussed bilateral economic cooperation and pledged to move on with ongoing development projects. The Saudi Ambassador pledged his country’s continuing support at all levels to deepen the two countries’ economic ties. The Saudi Ambassador stated that his country is dedicated to playing a significantly larger role in Pakistan’s socio-economic growth. The Ambassador also praised the contribution of Pakistani workers to Saudi Arabia’s development.