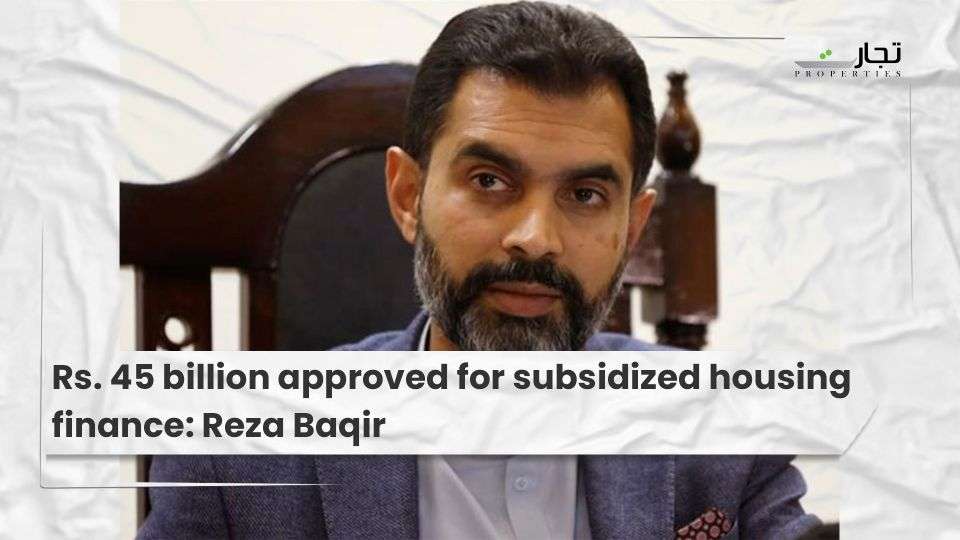 Karachi: According to a recent news report, the Governor of the State Bank of Pakistan (SBP) Dr. Reza Baqir has stated that during the fiscal year of 2020-2021, the banks have been able to approve Rs. 45 billion to an astounding amount of 2,160 applicants of the low markup housing scheme.

Read More: Banks to fulfil a home loan target or face a penalty

According to the announcement the the governor noted that a total of 36,000 applications were received, of which 14,000 were evaluated and 2,160 applicants were given loans, accounting for 15.5 percent of the total during the publication of the monetary policy statement (MPS) for the following two months.

However, banks have only released PKR 5.8 billion of the entire PKR 45 billion in loans approved so far. He further added that banks issued total financing of PKR 259 billion for subsidised and unsubsidised loans in the preceding fiscal year (FY) ending June 30, 2021, indicating a 75 percent increase in housing and construction finance compared to FY20.

He also noted that the housing program is being expanded to include persons with non-salaried income. They just need utility bills today, such as energy and phone bills, and banks will calculate housing loan amounts depending on the bill amount using their own estimation techniques.