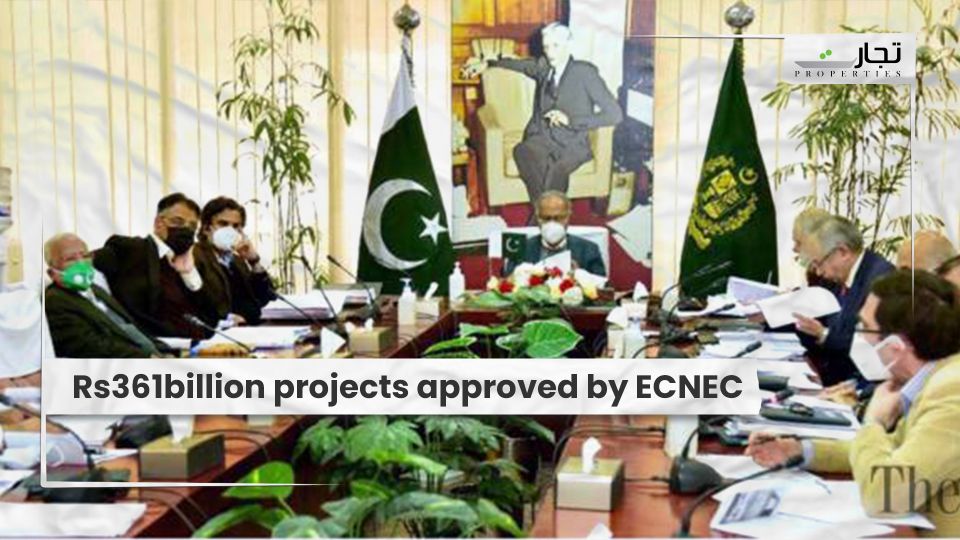 Islamabad: As per the latest news, the government approved nine big development projects worth Rs361 billion on Wednesday, and practically all of them were brought before a project approval authority for the second time due to cost overruns and poor implementation.

The meeting of the Executive Committee of the National Economic Council (Ecnec), which gave permission to all of the projects, including the 306-kilometer-long Hyderabad-Sukkur expressway, was effectively led by Federal Minister of Finance Shaukat Tarin.

Ecnec has approved the building of the Hyderabad-Sukkur walled motorway on a build, operate, and transfer (BOT) basis at a revised PC-I cost of Rs191.5 billion, according to the Ministry of Finance. The project would be completed on a BOT – user-charge basis, with capital and operational Viability Gap Funding (VGF) provided to boost the project’s financial viability, according to the statement. The project is projected to take two and a half years to complete.

Read more: PSEB projects IT exports of Pakistan to exceed $5 billion by 2023

For the third time, Ecnec had approved the Gomal Zam Multipurpose Project at a revised cost of Rs25.9 billion. By easing the direction of the previous Ecnec meeting on August 28, 2013, it also allowed ex-post-facto permission for project expenditures and financial closing.

For the third time, Ecnec approved the Rs16.4 billion Ghowari hydropower project with a capacity of 30 MW. The project is projected to take four years to complete.