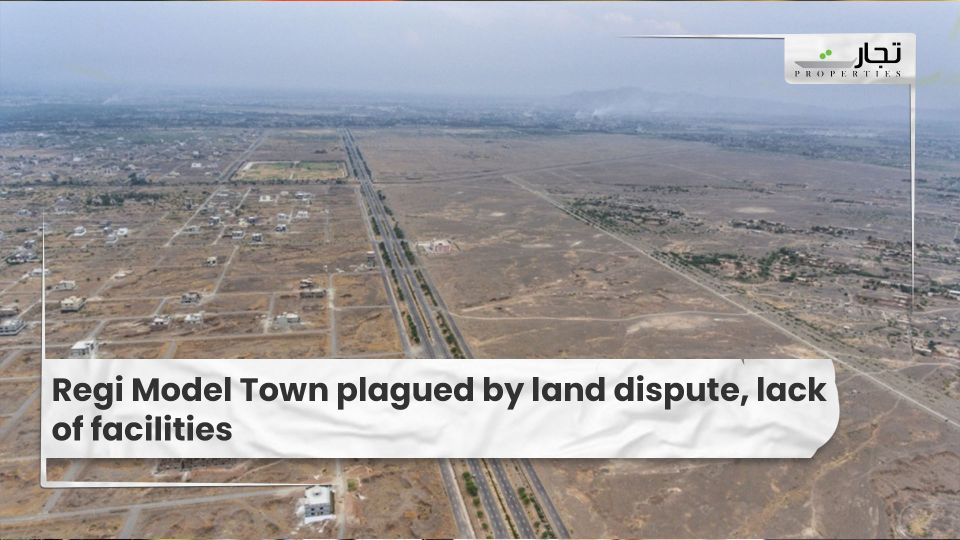 Peshawar: As per the latest news, despite the Peshawar Development Authority’s renewed efforts to resolve and concentrate on the long-standing issues plaguing Regi Model Town, residents say the steps are too little, too late.

Since the establishment of the Regi Model Town in 1990, PDA officials and the provincial government have struggled to reclaim a large portion of land bordering the sprawling township that is occupied by the Kokikhel Afridi tribe of Khyber district.

Read more: Gemstone laboratory to be built in Peshawar

The Kokikhel tribe, according to PDA officials, has crossed the Mayfith-Grifth Line and encroached on land in the Peshawar district, occupying a large portion of the land acquired for the township.

Since then, successive governments have tried in vain to settle the conflict between the Kokikhel and the PDA, which has impacted hundreds of plot owners in the two contested zones for nearly three decades with no end in sight.

But this isn’t the only thing that residents are concerned about; they also say that the PDA has failed to provide basic services in the township.

Sadeeq Akbar, president of the Regi Model Town resident society, pointed out that roads in zones III and IV, which were built years earlier, were dilapidated and had not been rehabilitated.

He added that in those zones, one of the major issues was the choking of sewerage lines for the last few years causing the flooding of houses by rainwater.

According to Akbar, the PDA failed to create a separate power grid station for the Regi Model Town, which was linked to other feeders.

Residents in the town experienced hours-long power outages during rain and storms, he said.

In the undisputed zones, he said, electricity poles had not been built in major areas, forcing residents to link their homes to electric transformers located 300 to 400 meters away.

Farooq Hayat, the director of the Building Control Agency in Regi Model Town, told Dawn that land in sectors C and D of Zone I was recently reclaimed from the Kokikhel tribe after a fruitful dialogue.

He said that talks with tribesmen were ongoing and that he hoped that the remainder of the land conflict could be settled amicably.

PDA director-general Ammara Khan told Dawn that since taking office in February, she has based her efforts on the creation of the Regi Model Town.