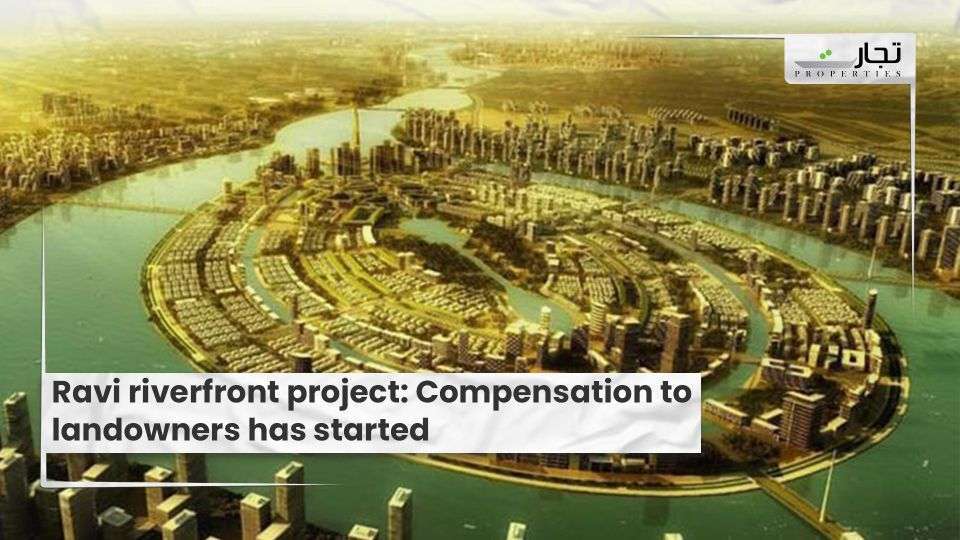 Lahore: The government claims to have begun executing the Land Acquisition Act 1894’s unique compensation package for landowners/affectees of the Ravi Riverfront Urban Development Project. After the government accepted the package based on suggestions from a special committee, the relevant district administrations (Lahore and Sheikhupura), and the Ravi Urban Development Authority (RUDA) it was put into action.

It should be noted that landowners have voiced significant reservations about the compensation package released earlier and have encouraged the government to come up with a suitable compensation package for the acquisition of their land. In response to the requests, the government formed a committee to hear from landowners and make suggestions in order to provide a fair land price.

Read More: RUDA to be developed as complement to LDA

The government has provided up to Rs. 3.5 million per acre for property in the riverbed, along with a built plot measuring five to seven marla on each acre, as part of the package. Similarly, for property other than riverbeds, the package includes a 10 marla built plot and costs between Rs. 5 and Rs. 7/8 million (per acre). Similarly, compensation for crops, outhouses, rooms, infrastructure, and other items is handled separately.